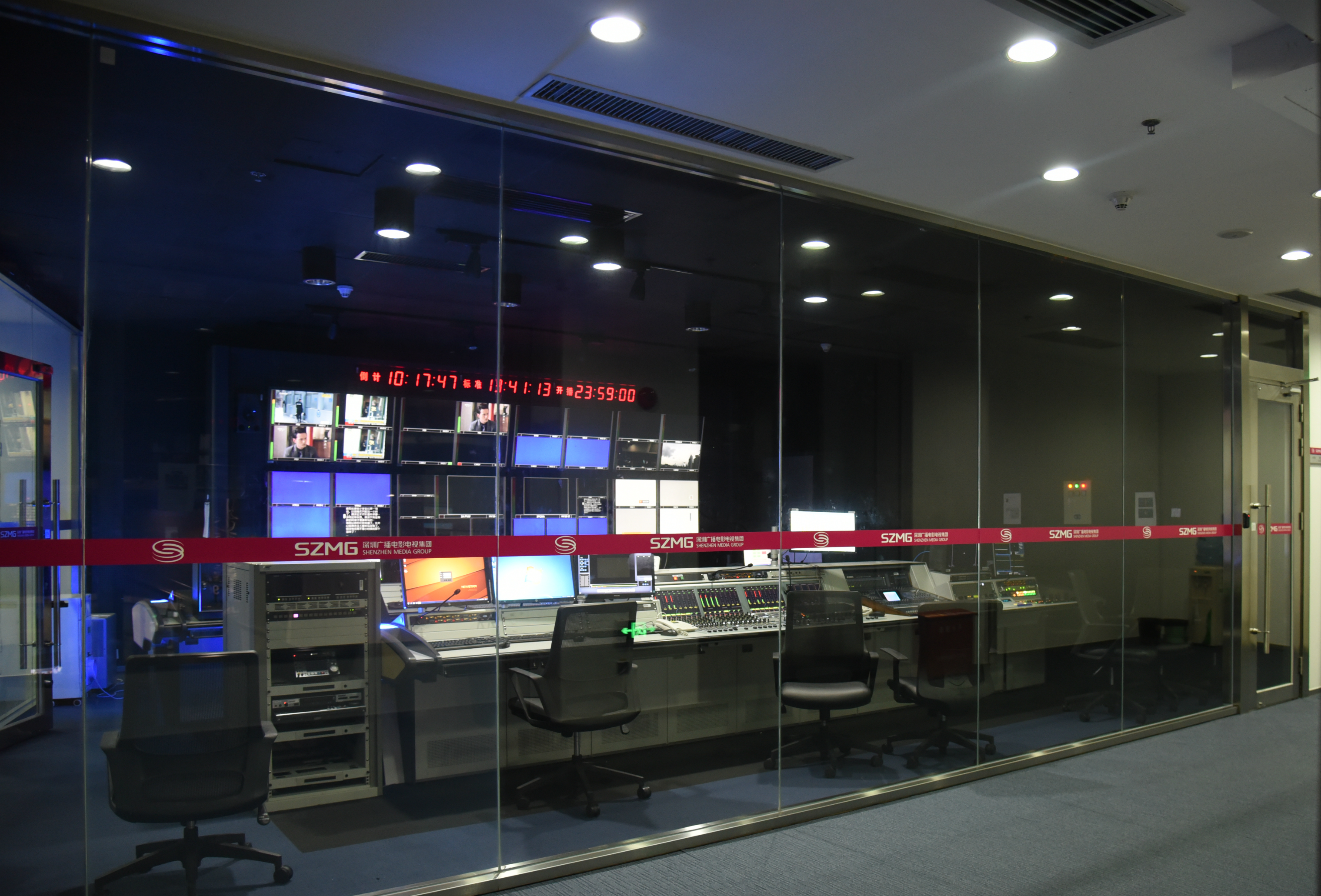 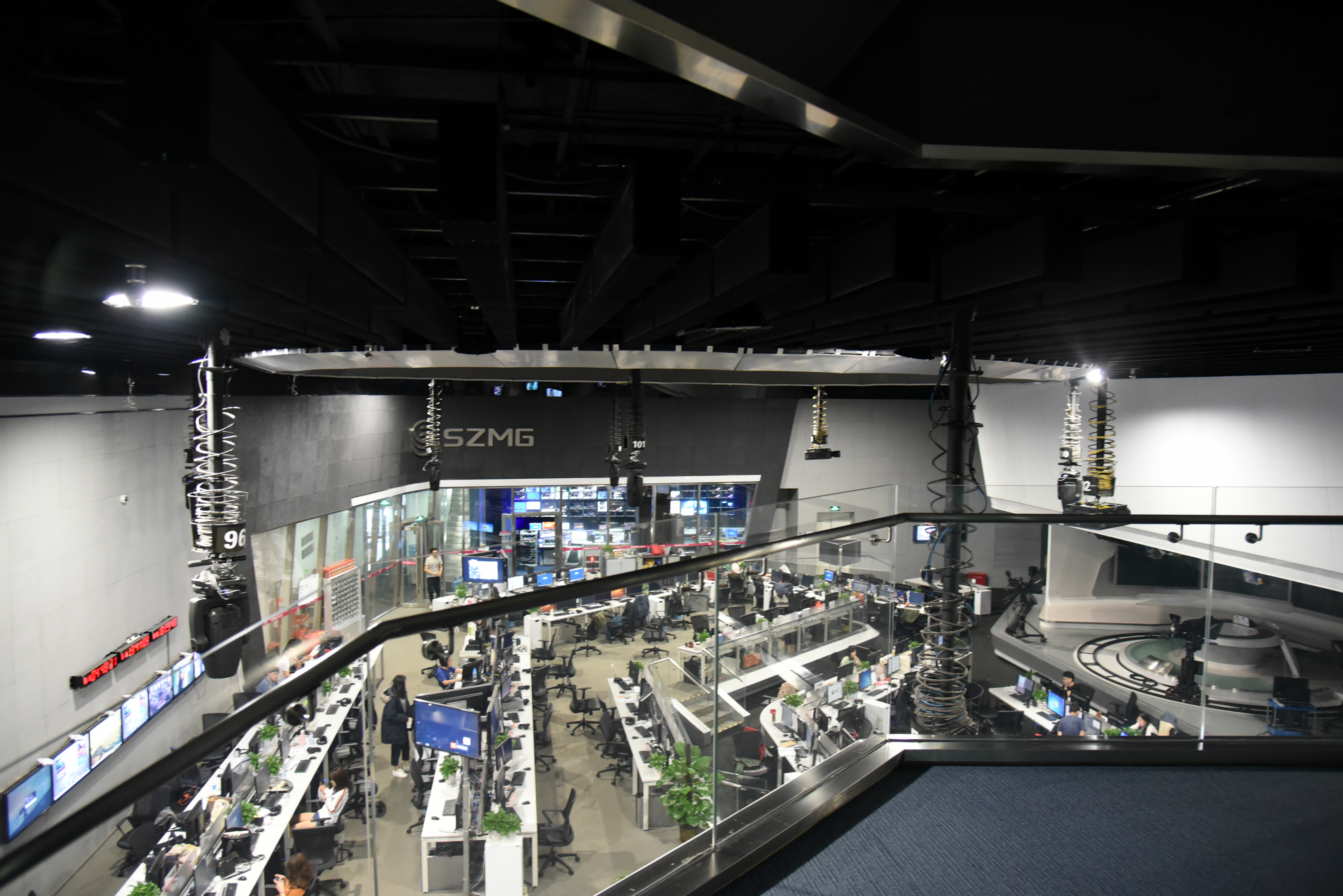 Staff of SZTV ushered students into the working hall. 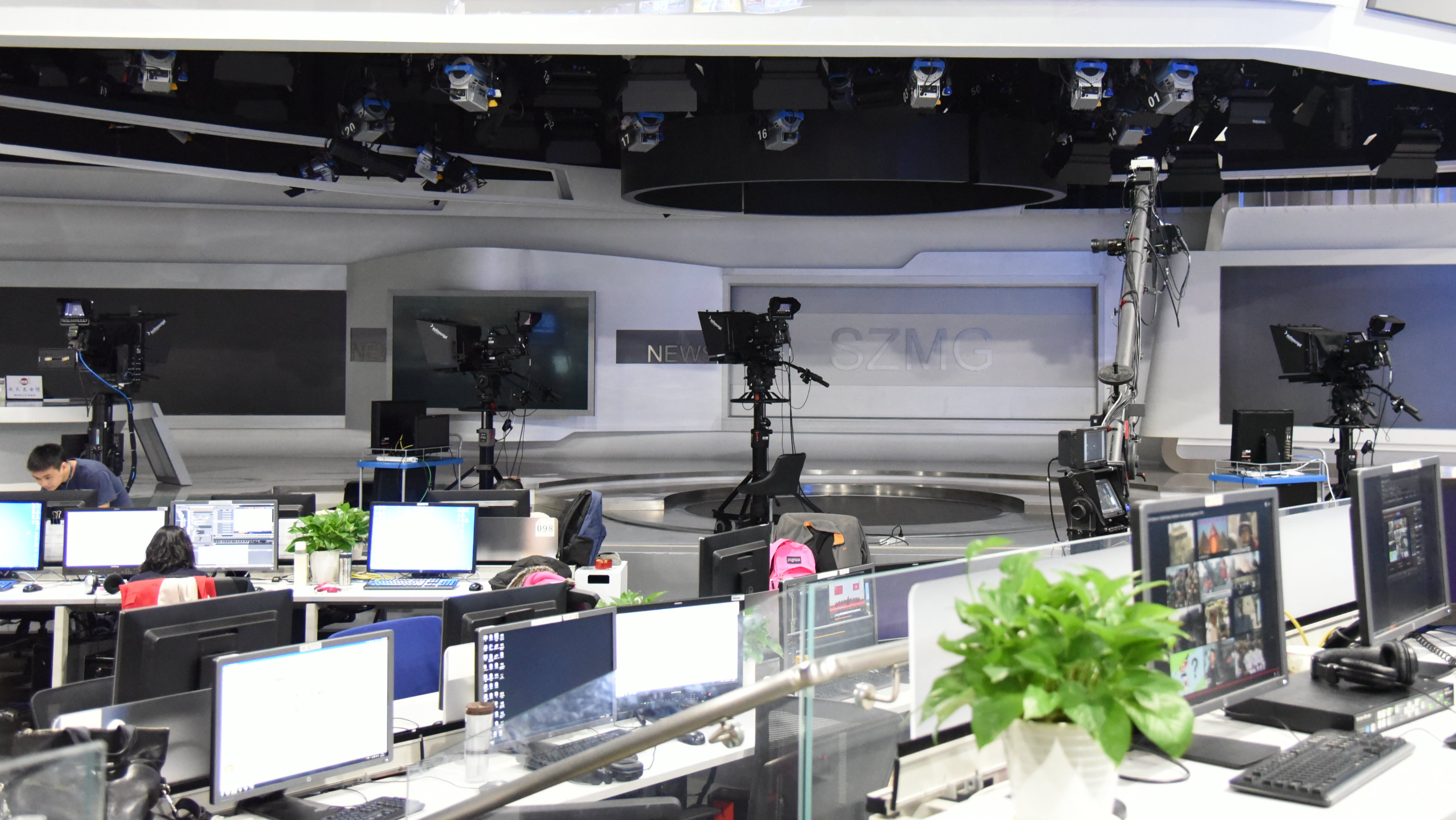 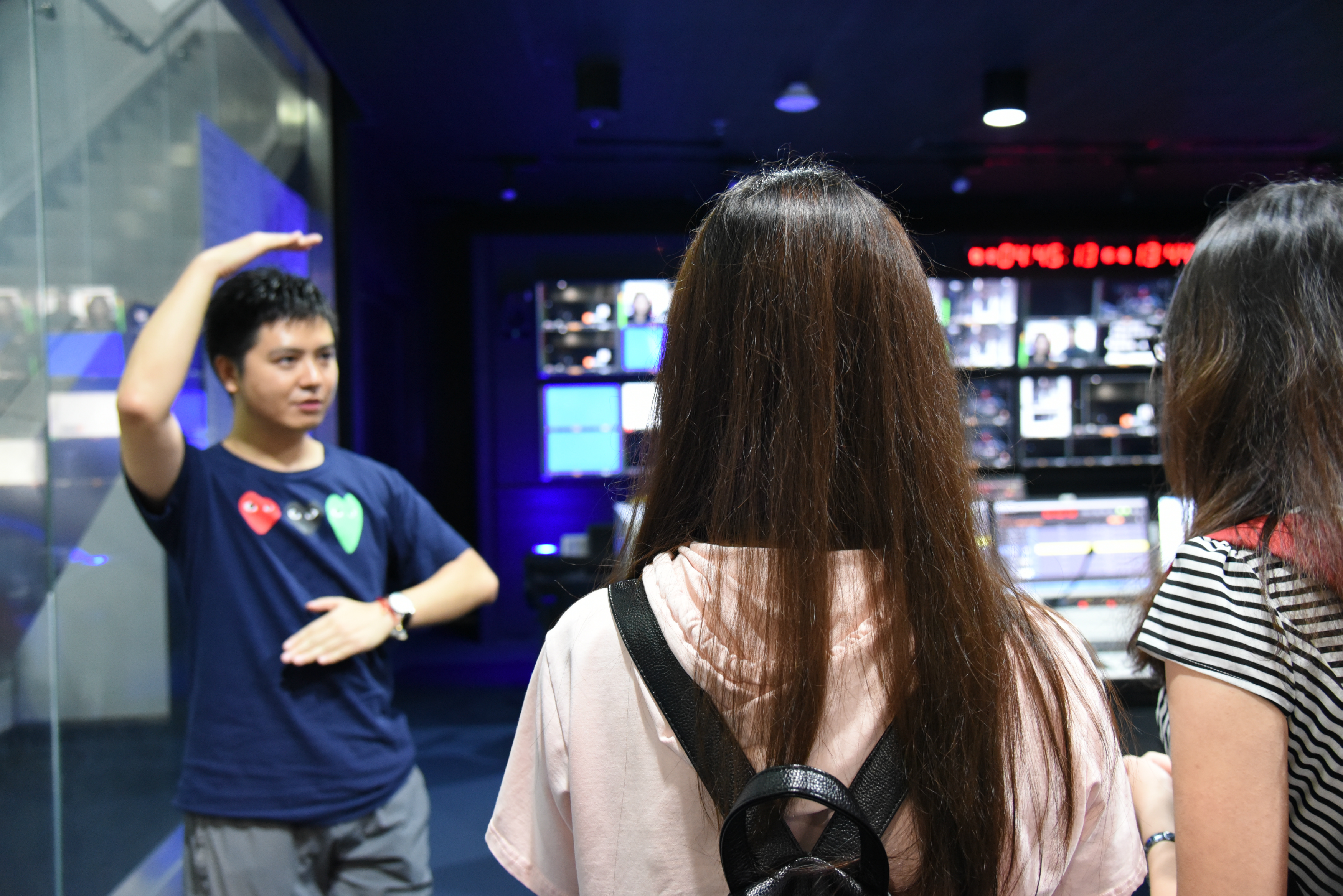 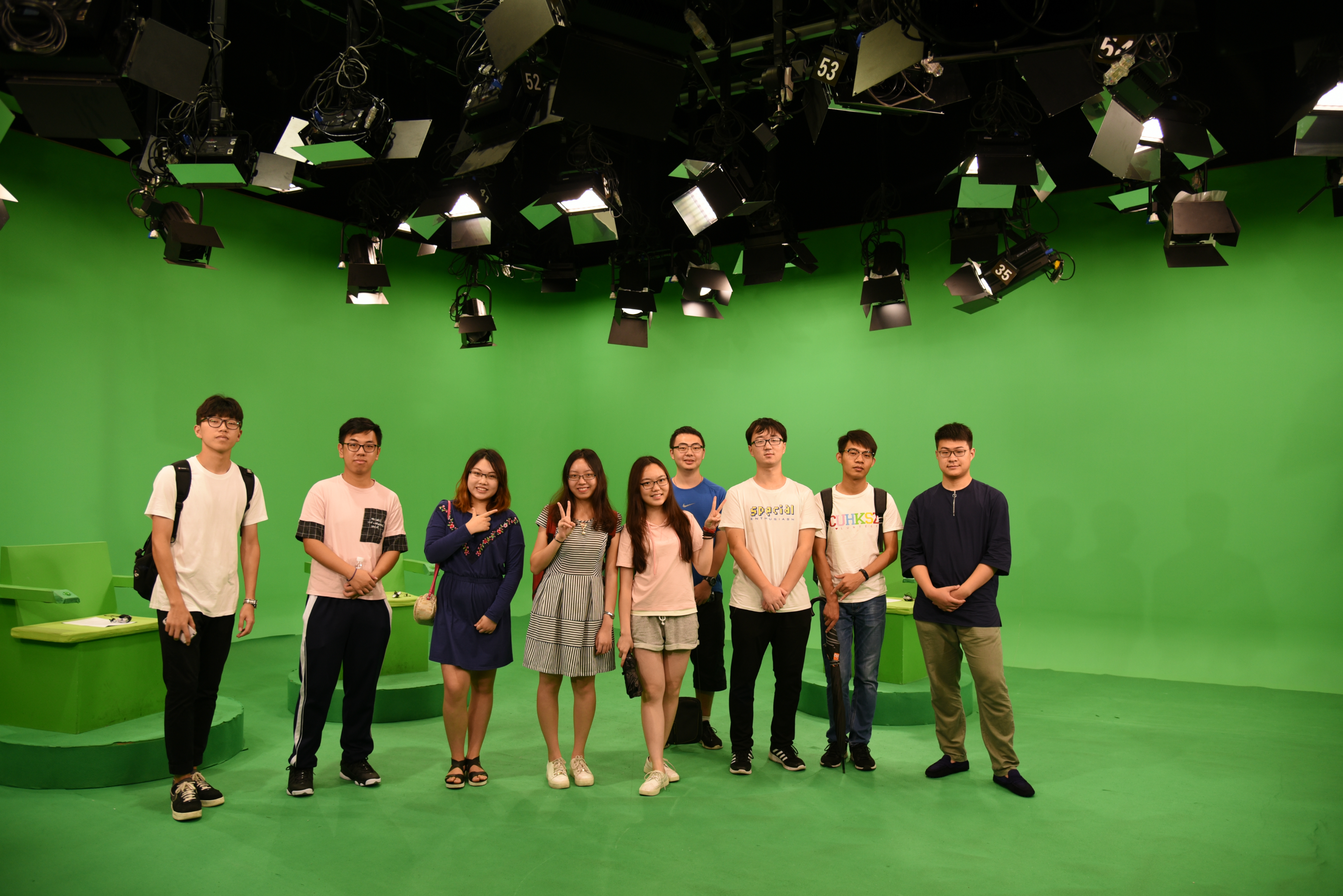 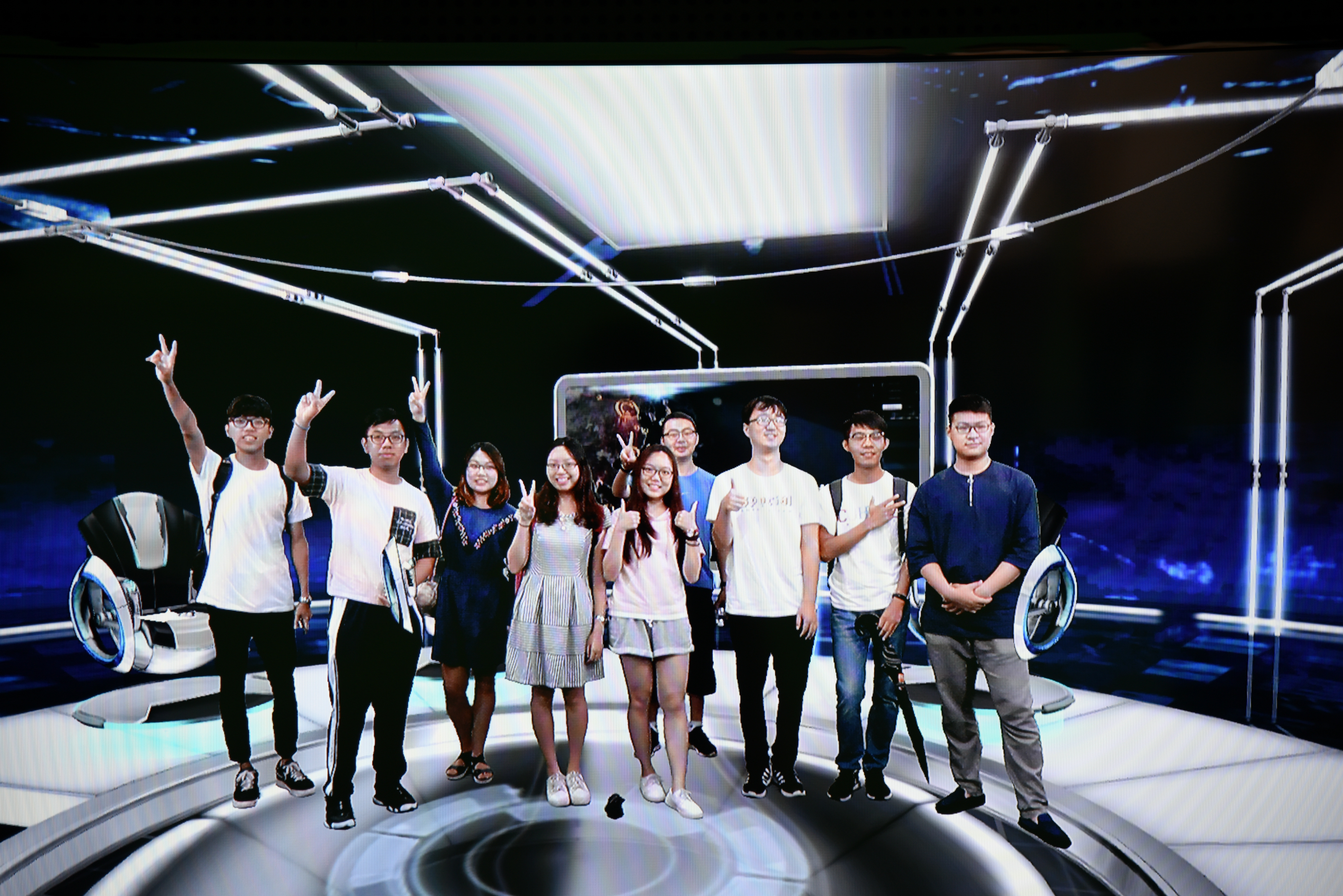 The programme recording hall were equipped with high-tech feeling. 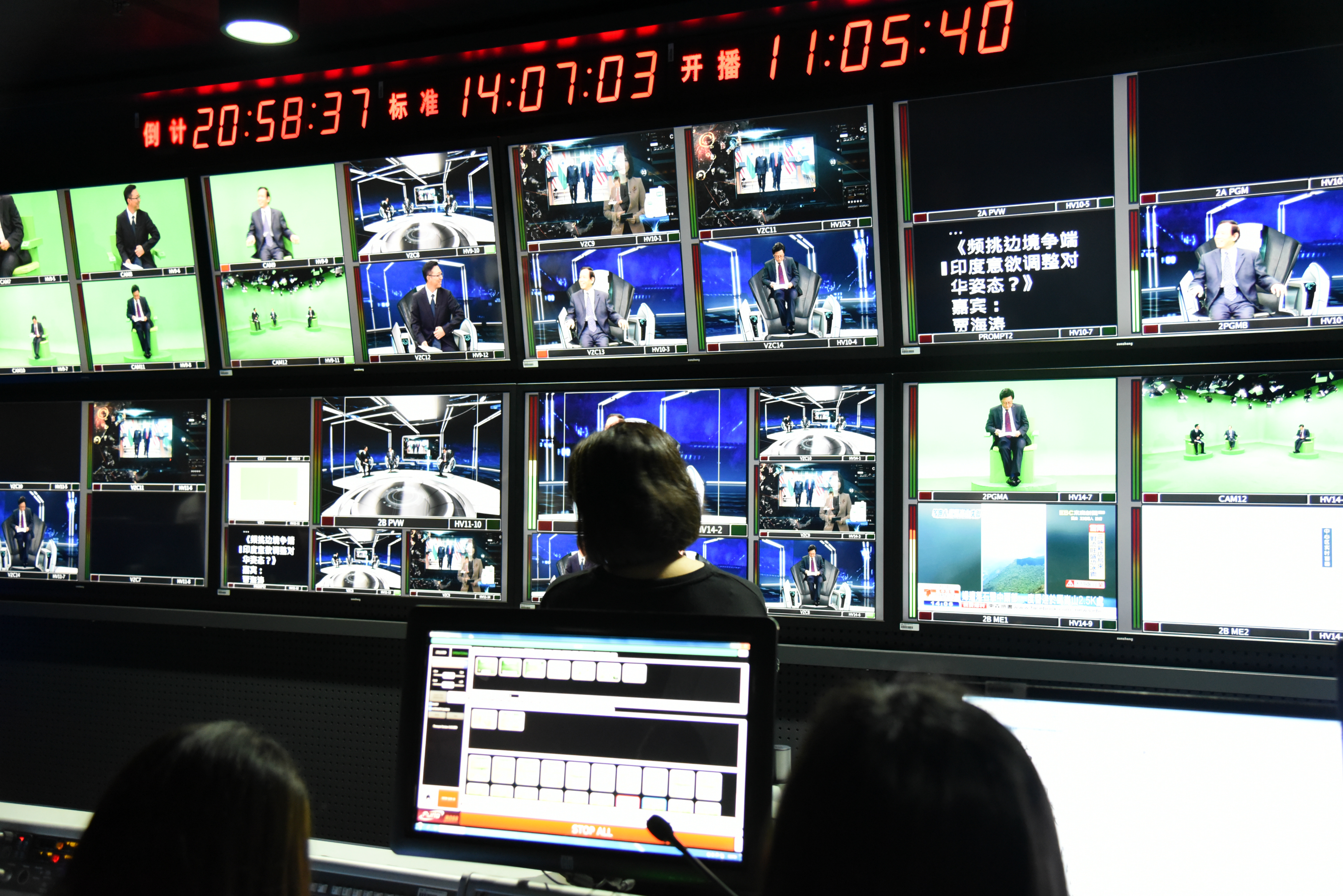 Students watched the programme recording and gained more detailed information behind the scenes in the workroom where the staff were taking charge of postproduction. According to the staff, the special visual effects were created by recording system with the dynamic figure matting technology. Students visited the recording room to meet Ms. ZANG Yafei, the anchor, and took a photo to mark the occasion during the interval of the programme recording.

I've been a fan of SZTV's programmes from childhood since I grew up in Shenzhen. I've been wondering how the programme is created. This time I gained access to something behind the scenes. Staff had to test the equipment and devices repeatedly with more than 10 cameras working in the process of recording to provide an audience-friendly programme. Also, instead of being digitally altered in postproduction, the animation effects were simultaneously generated. I also became aware of all kinds of incidents the staff would bump into. I admired their solution-oriented minds. I also grew a visualised conception of the work in television stations, getting a grip of how it functioned, knowing the staff's reverence for their professions and vocations while communicating with them.

Wow, this is the legendary television station! I've only seen it on the internet before, and I've never imagined that I’d be here in person! Everything seemed new as I stepped into the television station for the very first time. I saw the live-broadcasting platform, the area backstage, and the room abounding with cameras. When watching the programme recording for the first time, I witnessed the staff's efforts to communicate with the anchor constantly, to adjust the visual effects, and to switch scenes among four cameras. It was an intriguing experience, and I would like to join the activity another time if there's any.

----FAN Kaiyu, freshman of 2016, School of Science and Engineering

Muse, always with you. 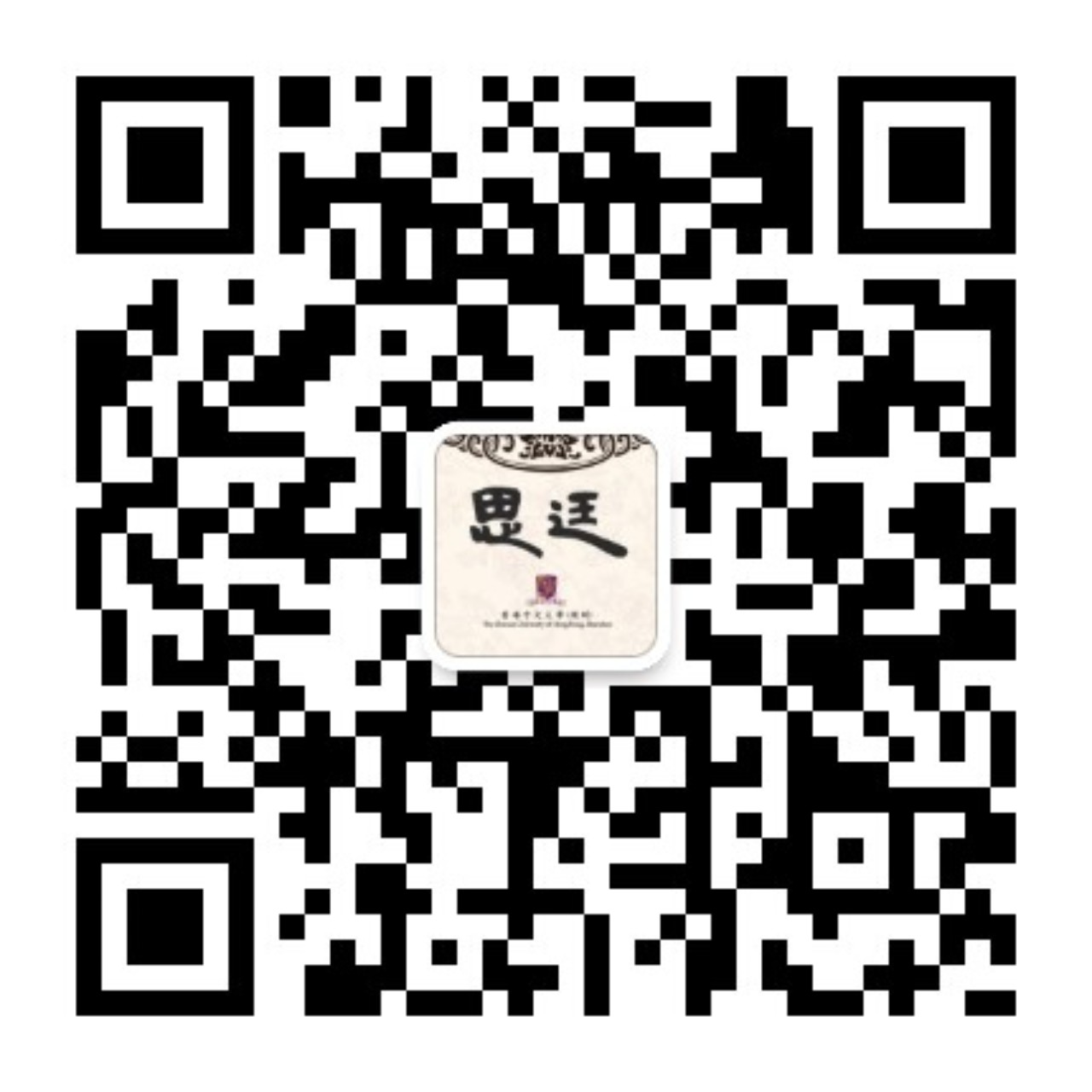