After a day’s study and work, students and teachers of Muse College arrived along with dawn at the cafeteria of Block C. Never has Muse College let musers down, this gala is especially unforgettable. Every frame of scene and every beam of light will be carved in musers' heart.

When dawn ended and evening started, so would the party. Delicate tea reception was set by the window, full of love and care of the college. 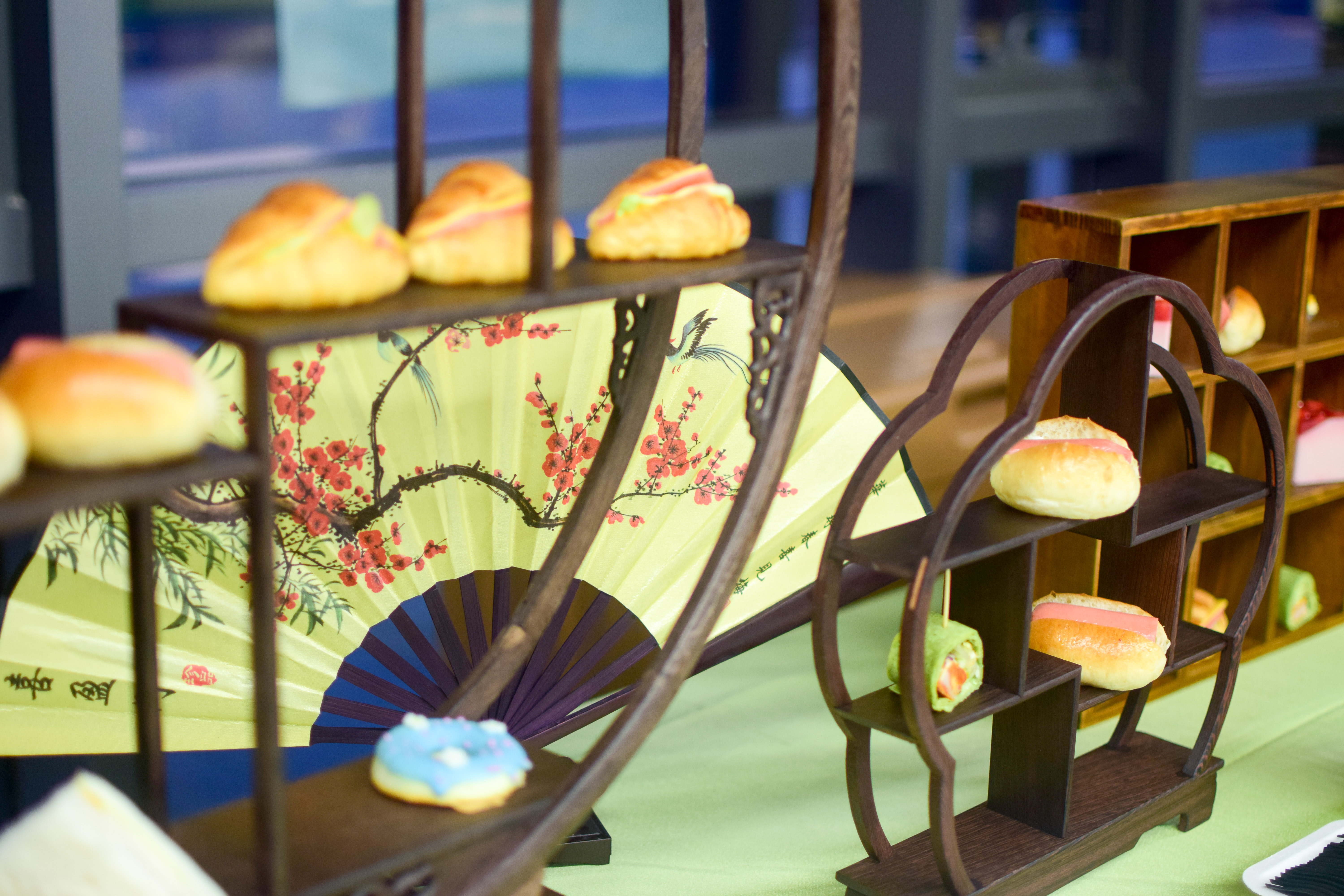 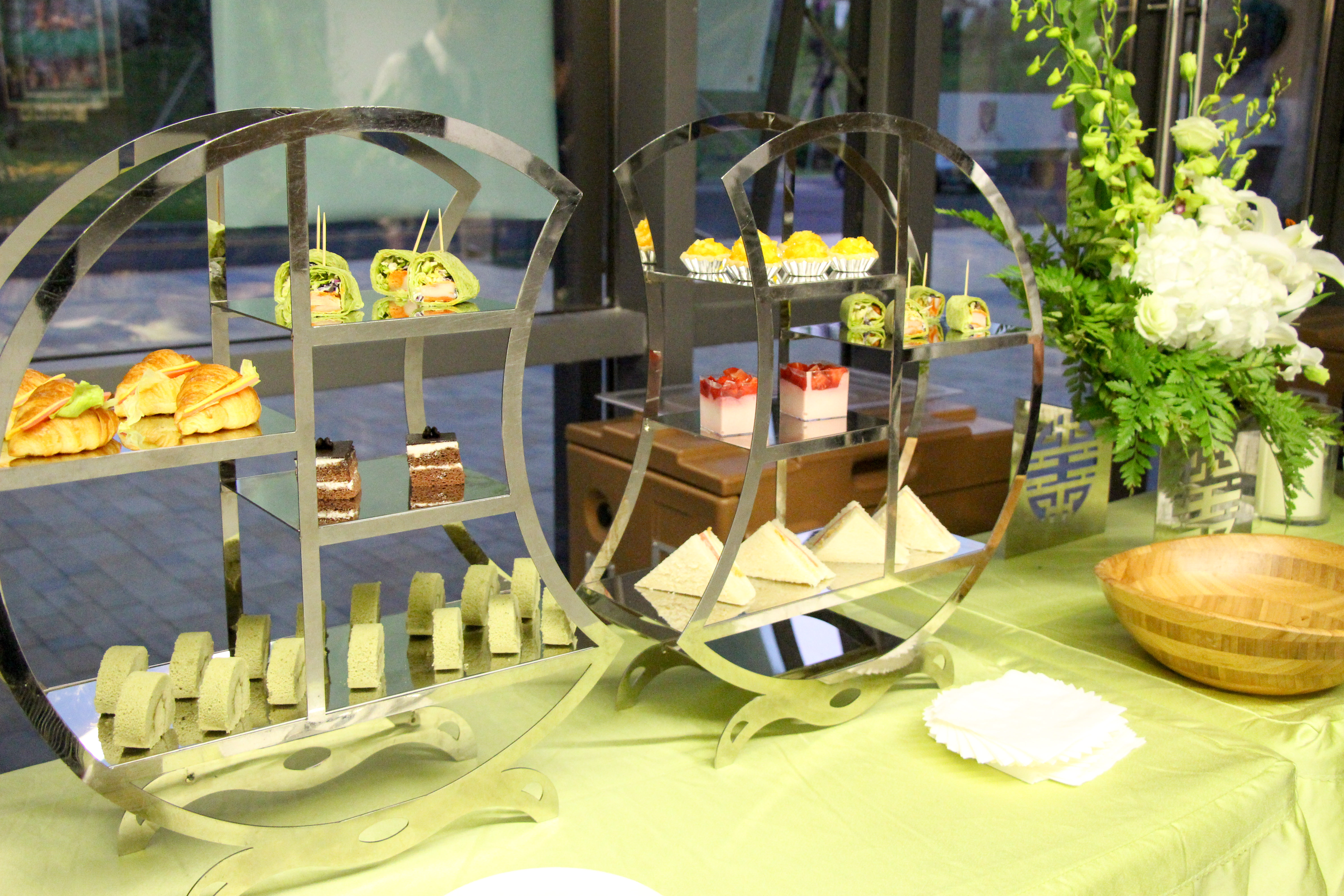 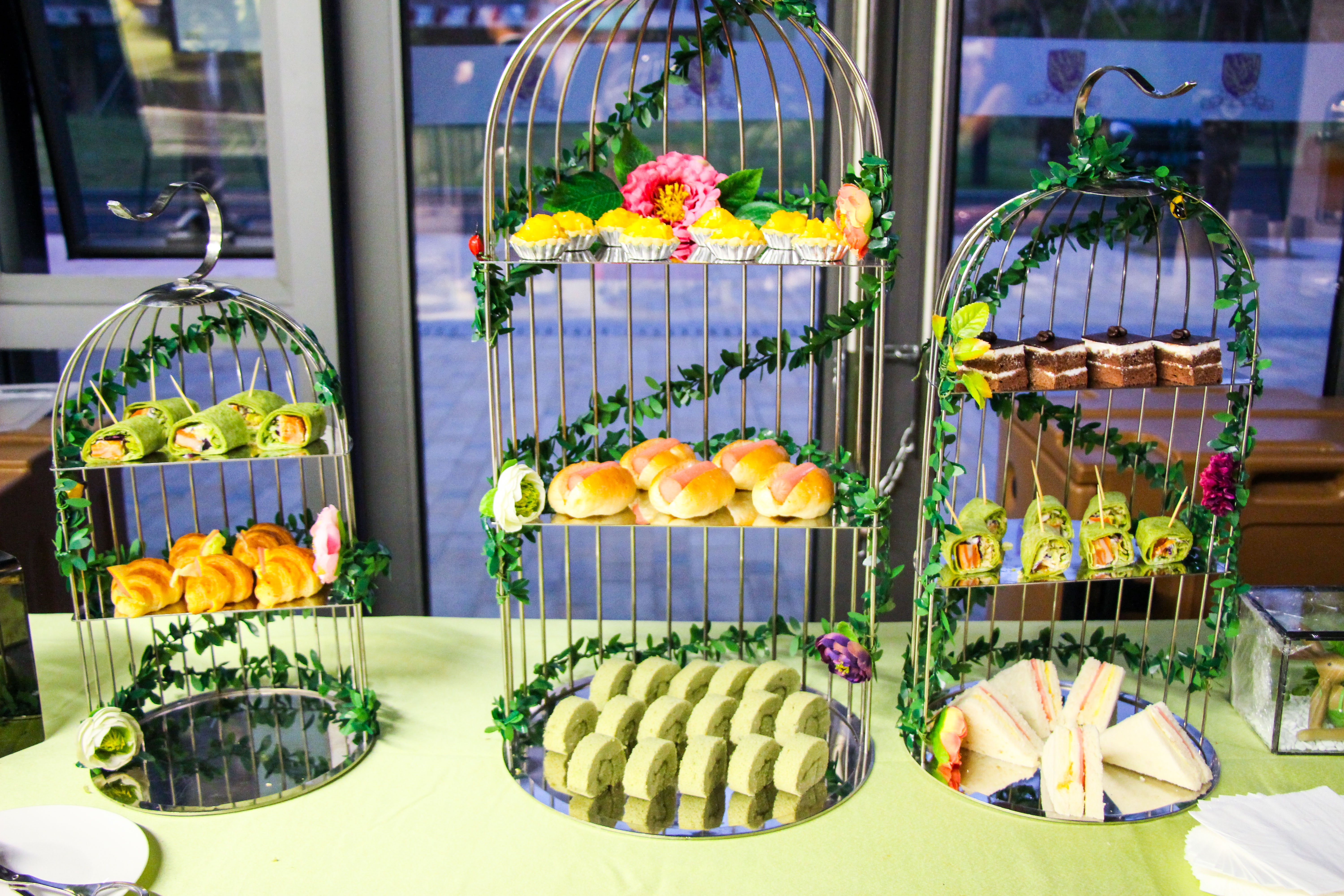 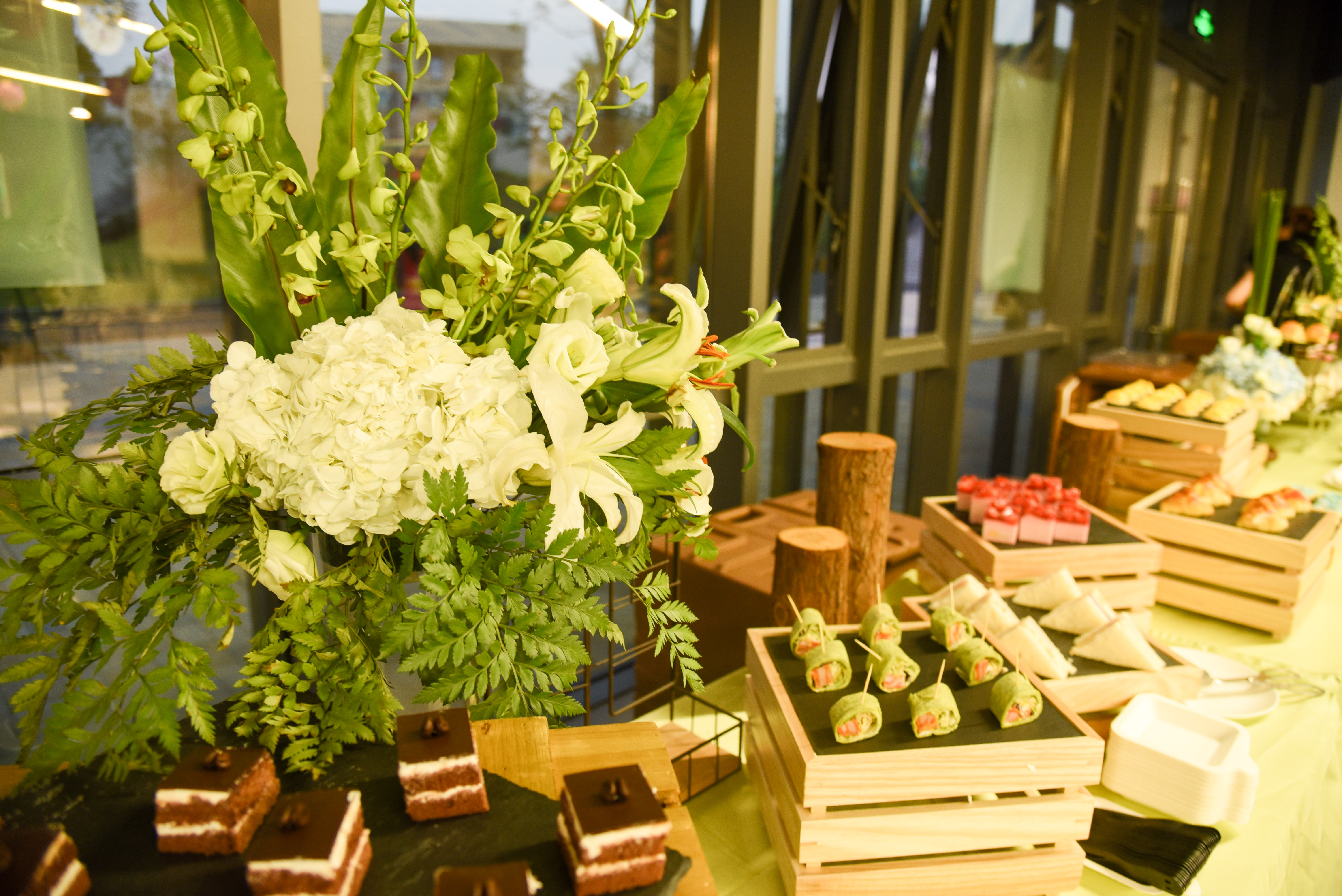 After participants enjoyed the delicacy, the gala finally came to the start. Rovetop (a band consists of Wang Fushan, Xiao Wenzhe, Gao Chang, Wang Yufeng, Zhao Yuchen, BOO CHANYOUNG) started the performances with an original song Tears of the World. In the mysterious dim light, the slightly blue melody flowed gently into everyone’s heart. The audience all held their breath, deeply captured by it. 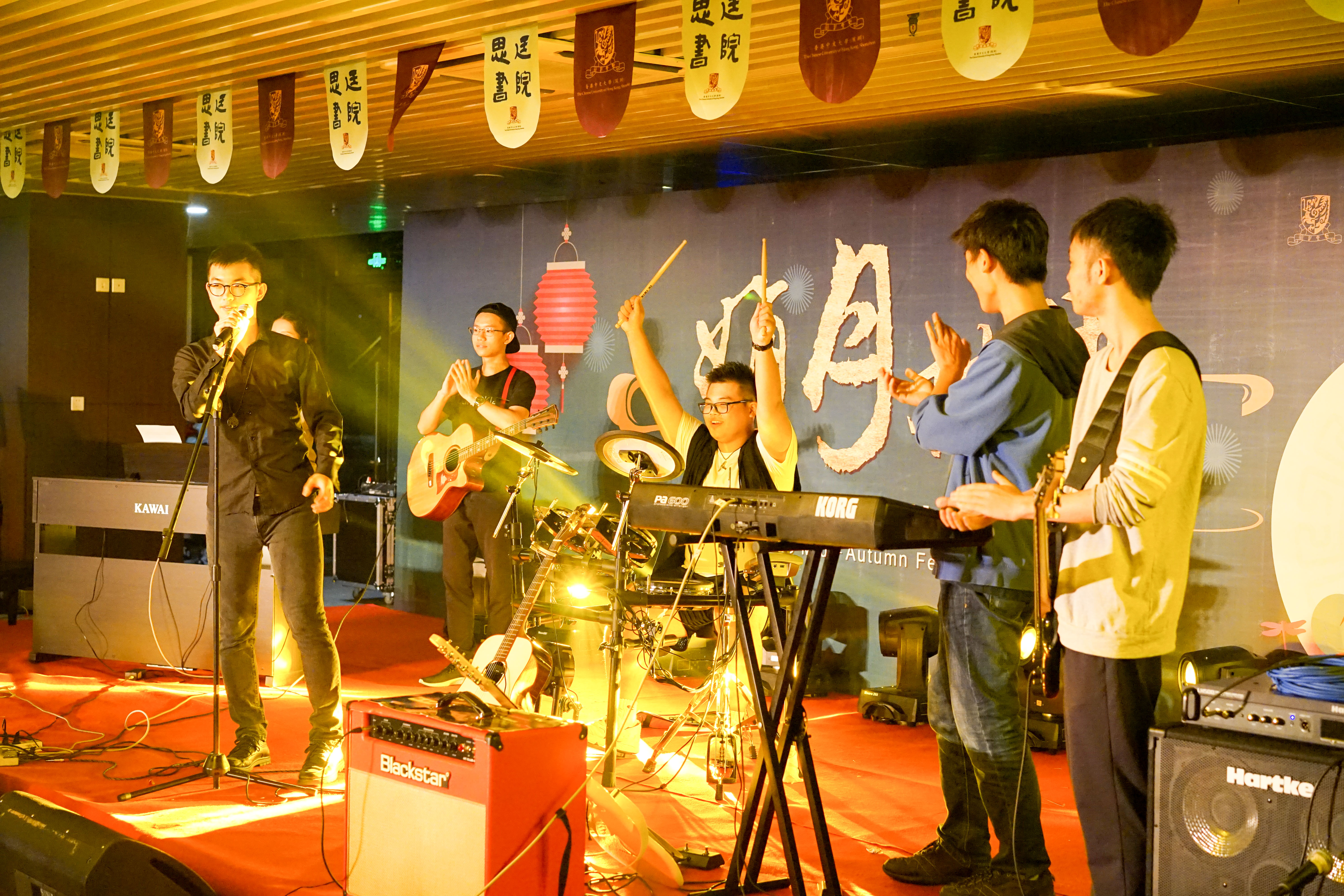 Following is the performances given by another band. Familiar melody and exciting rhythm fascinated everyone. The glamorous band completely occupied the sight of the audience. 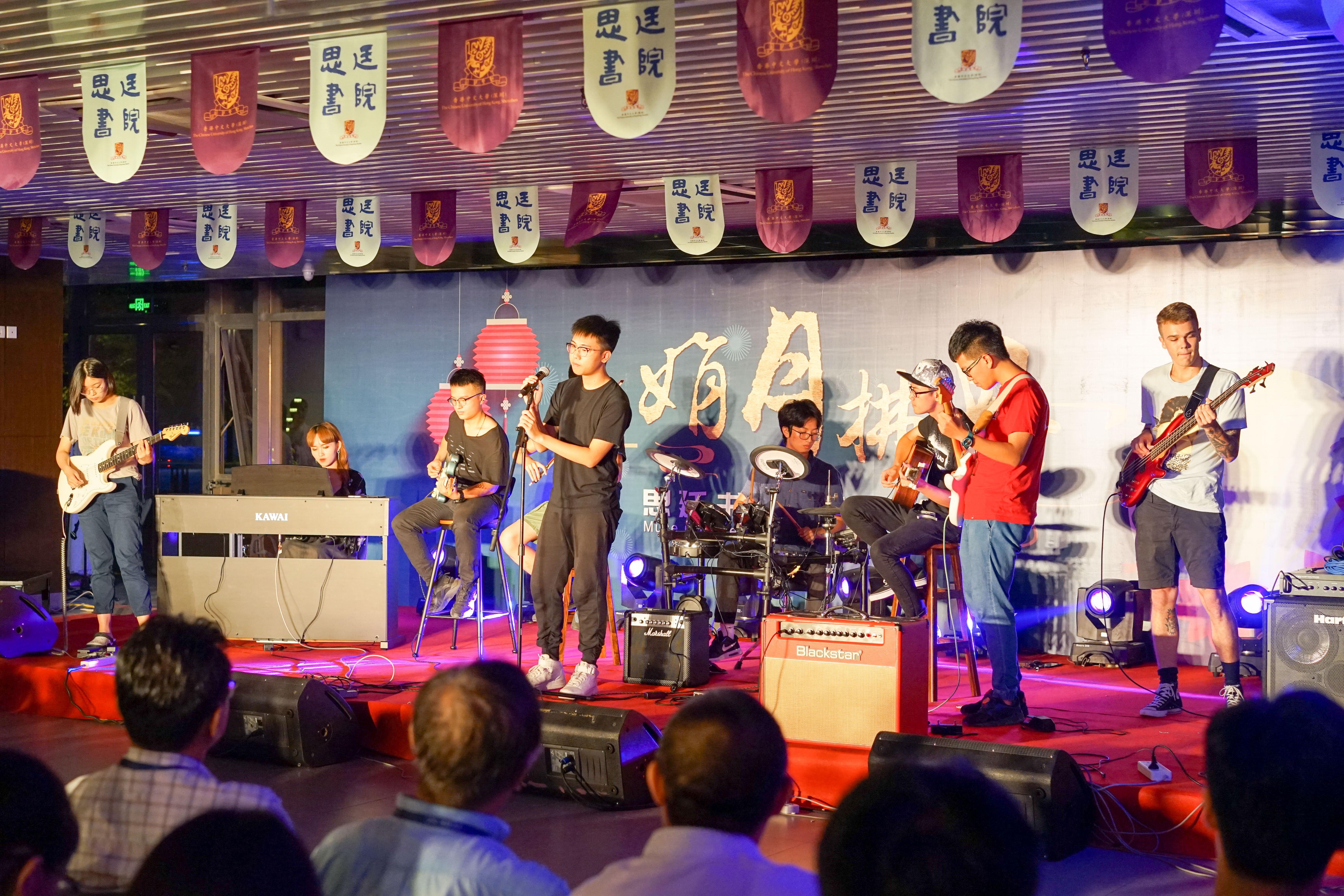 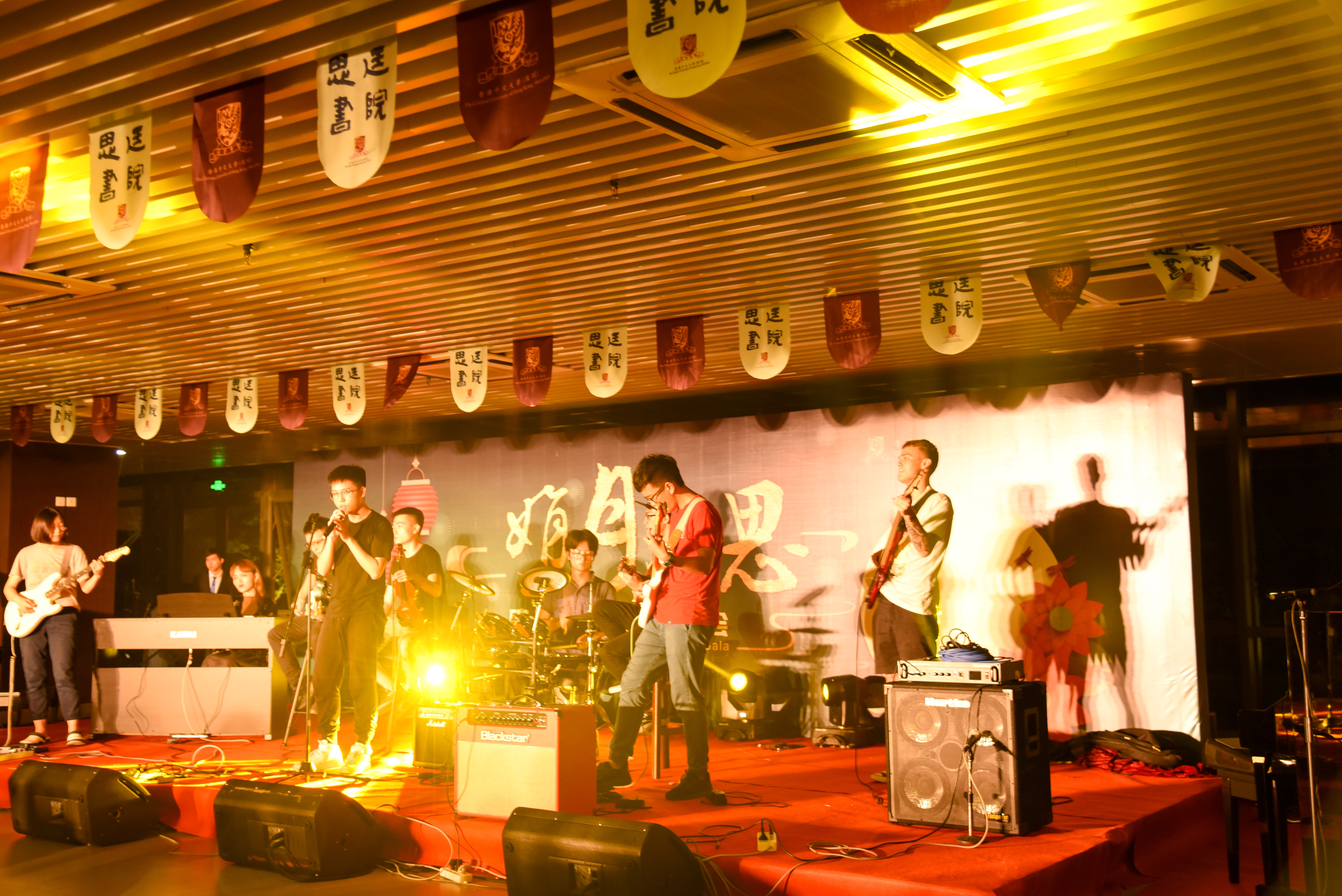 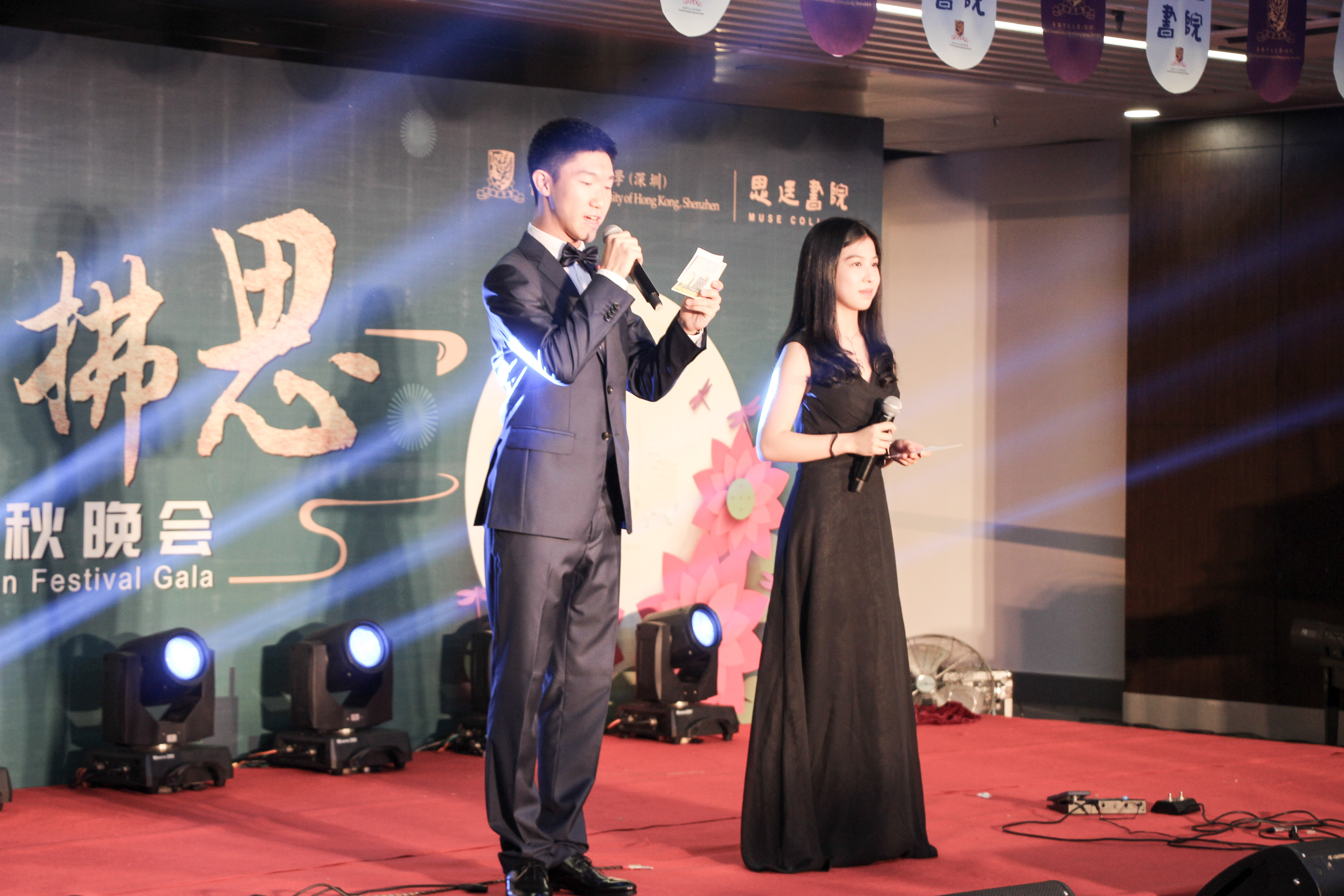 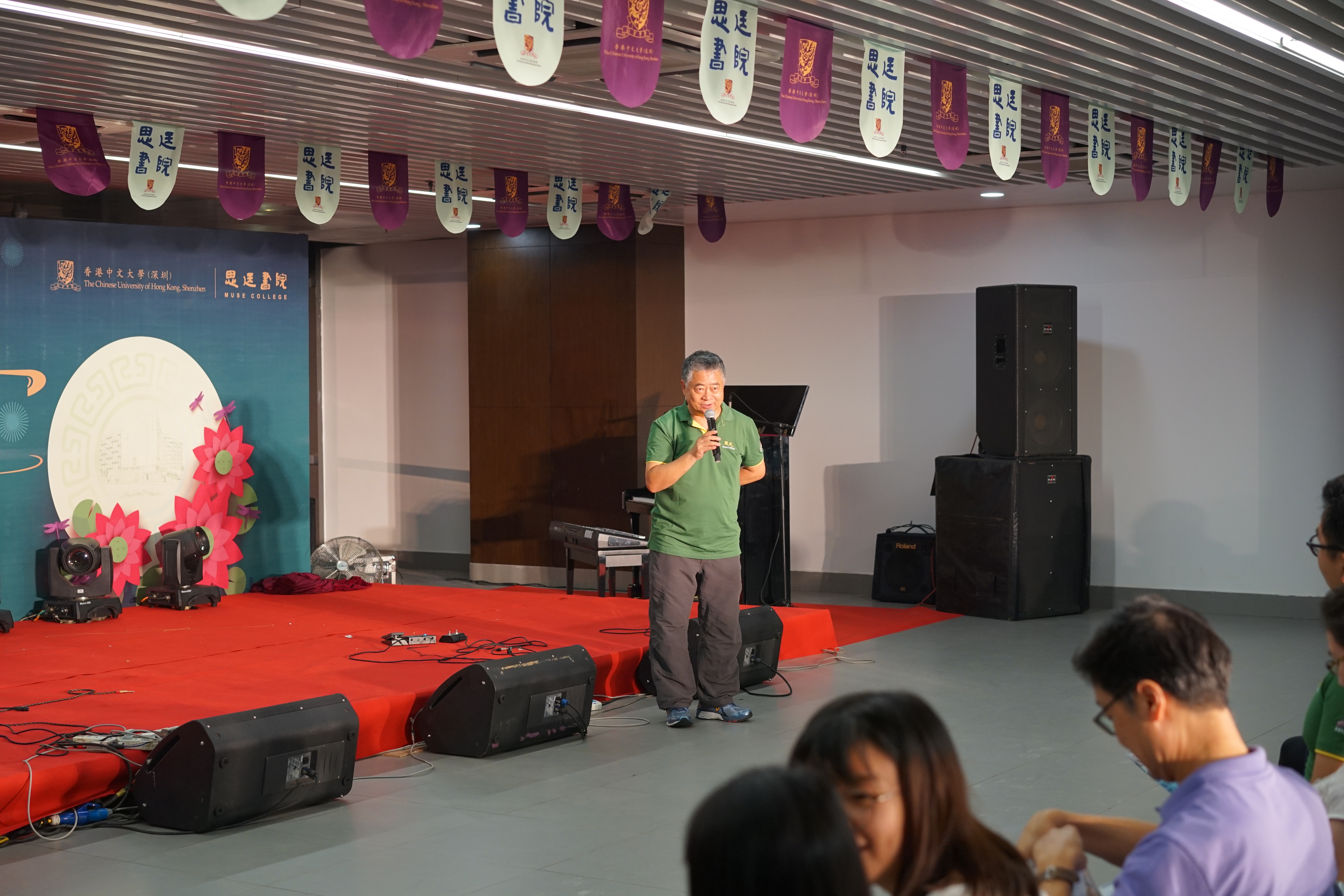 In the performance that followed, Leng Yicheng and He Hanwen, two seemingly shy boys, presented us with a co-operated song Rolling in the deep. They turned out to burst into huge energy. 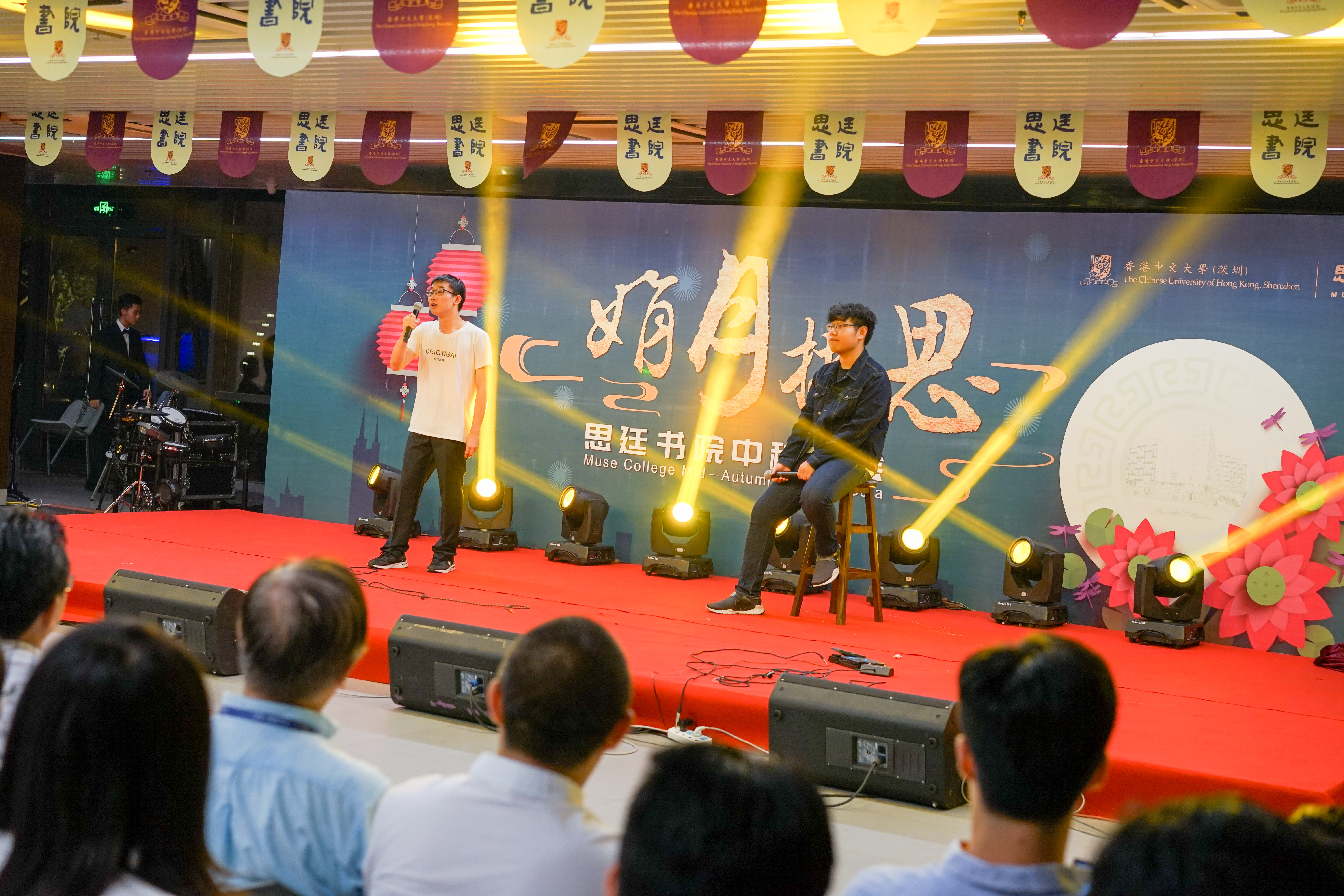 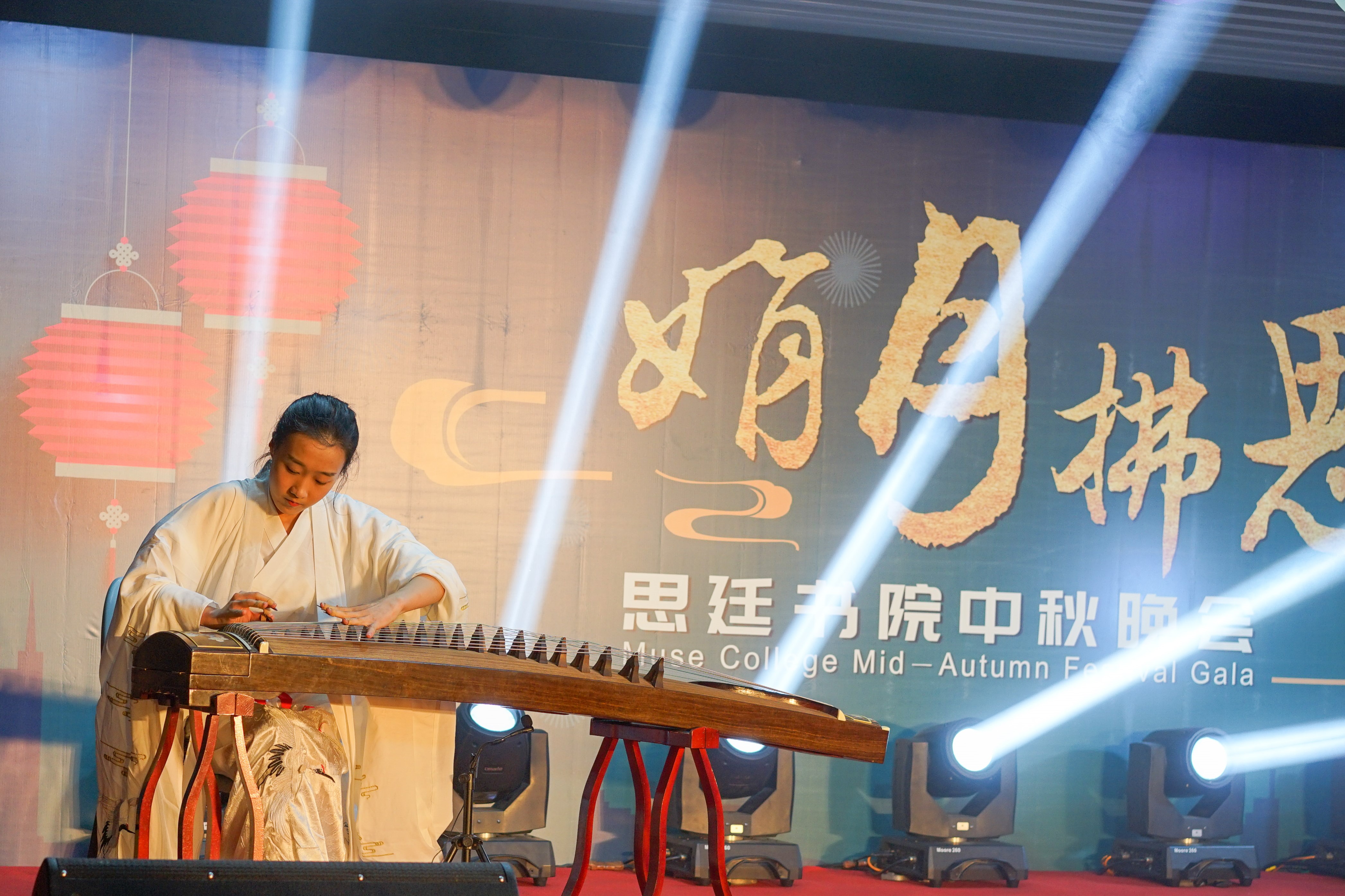 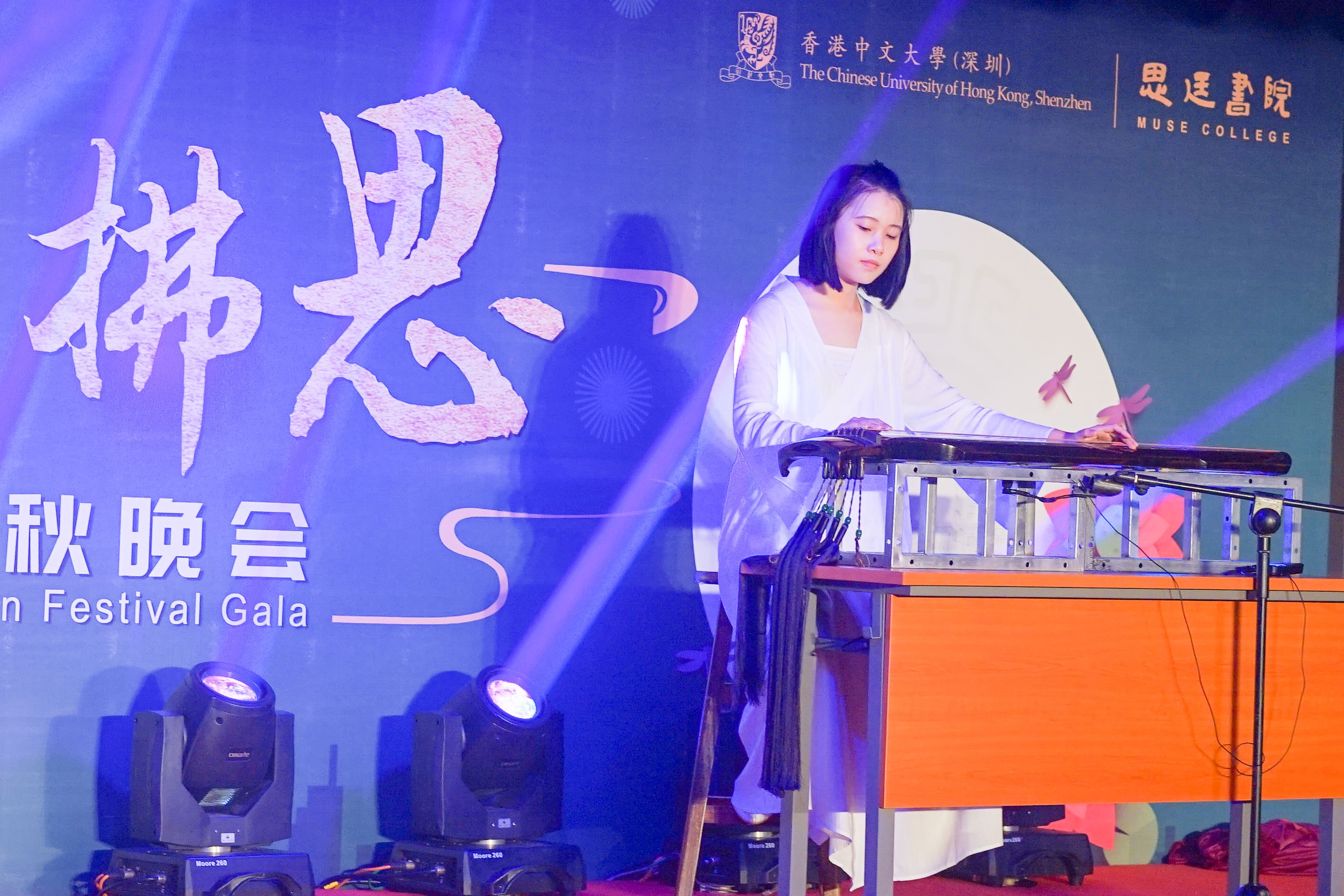 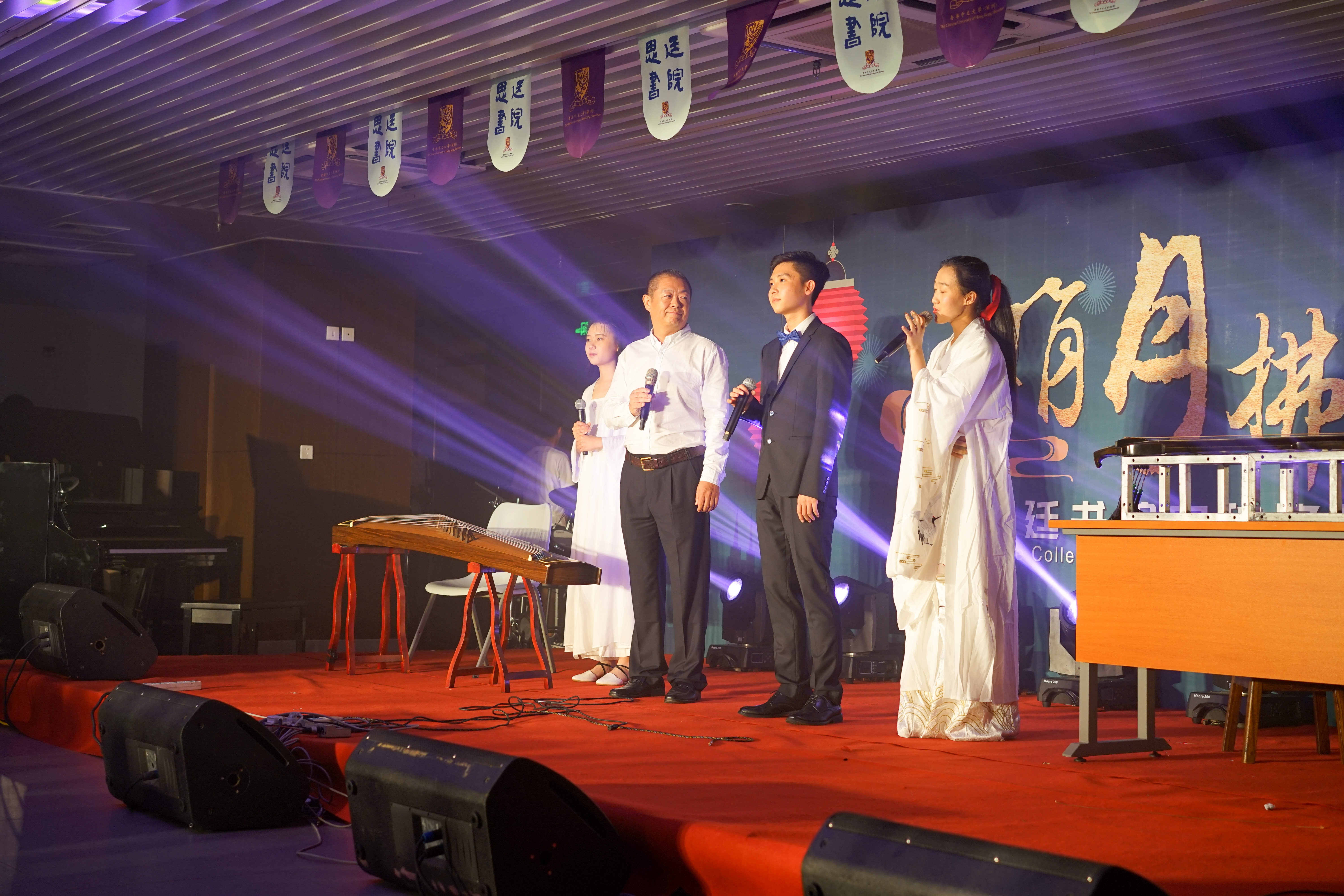 After that, Li Wenxin and Cao Lihe brought us a duet--May we blessed with longevity. Men have sorrow and joy, they part or meet again; The moon is bright or dim and she may wax or wane. Such is inevitable. However, May we all blessed with longevity. Though far apart, we are still able to share the beauty of the moon together. The soft melody somehow managed to get into the deepest part of our heart. 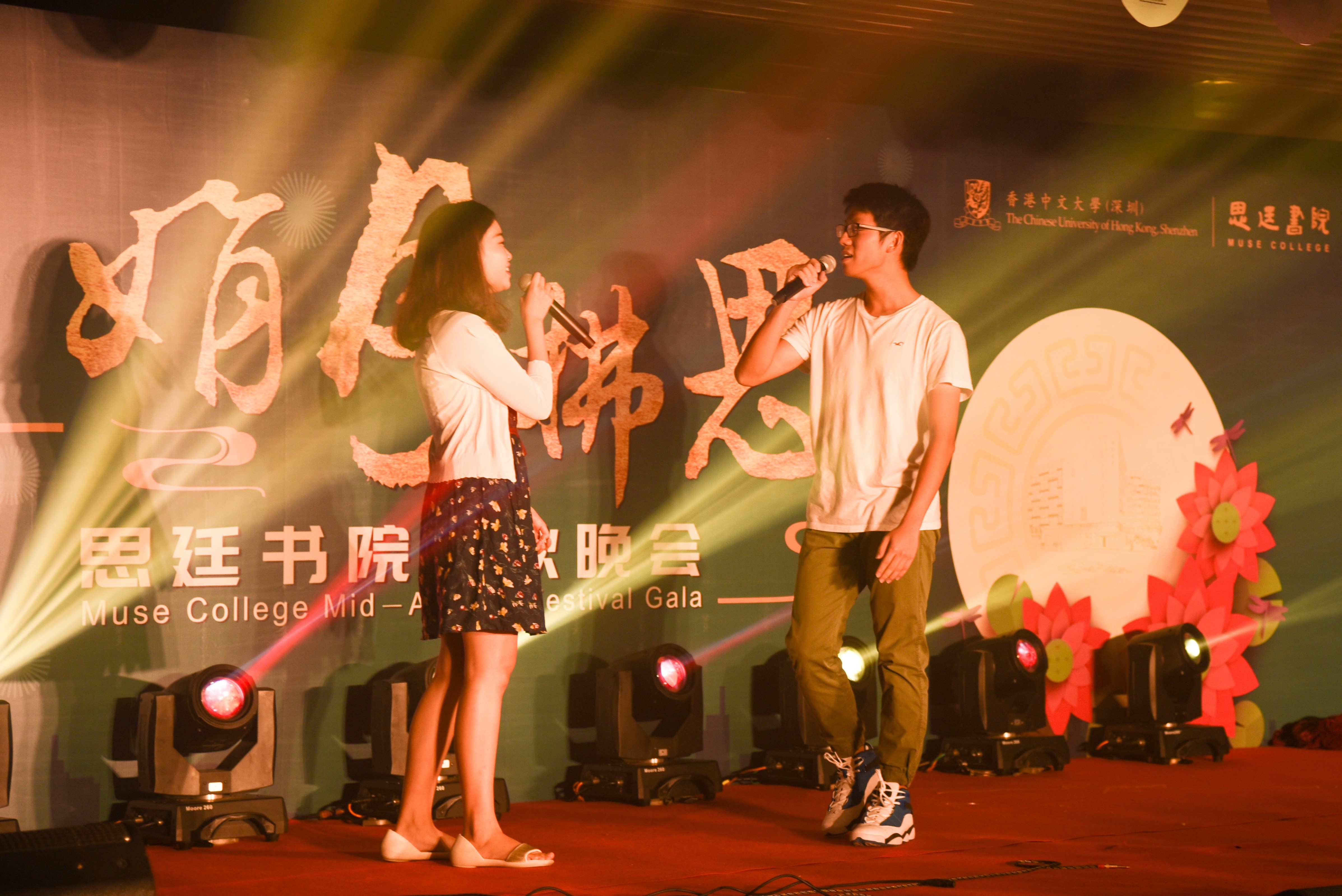 After several wonderful performances, came the thrilling lucky draw. College teachers were responsible of picking up lucky ones for the first, second and third prizes, whom they also took a picture with. 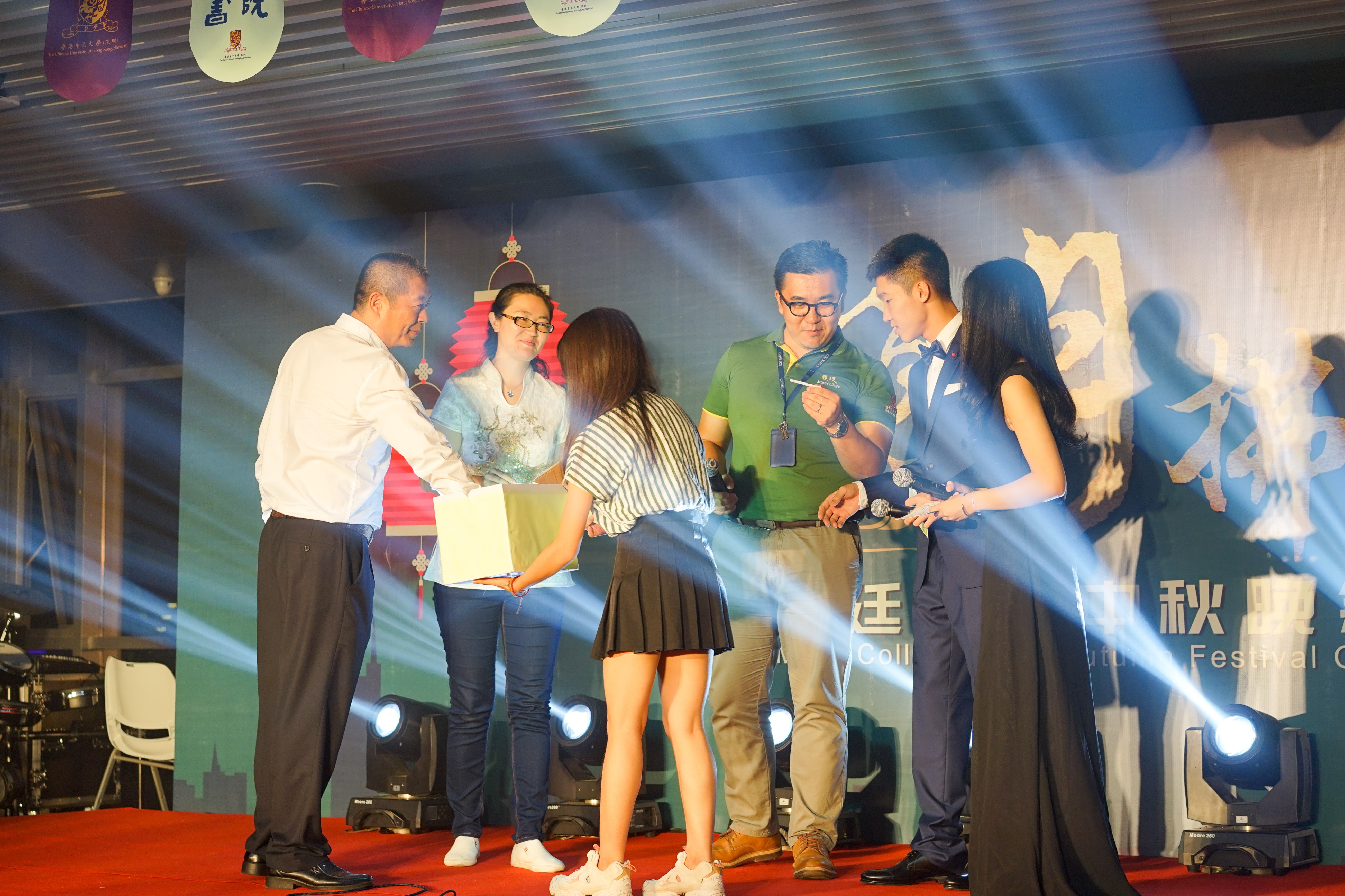 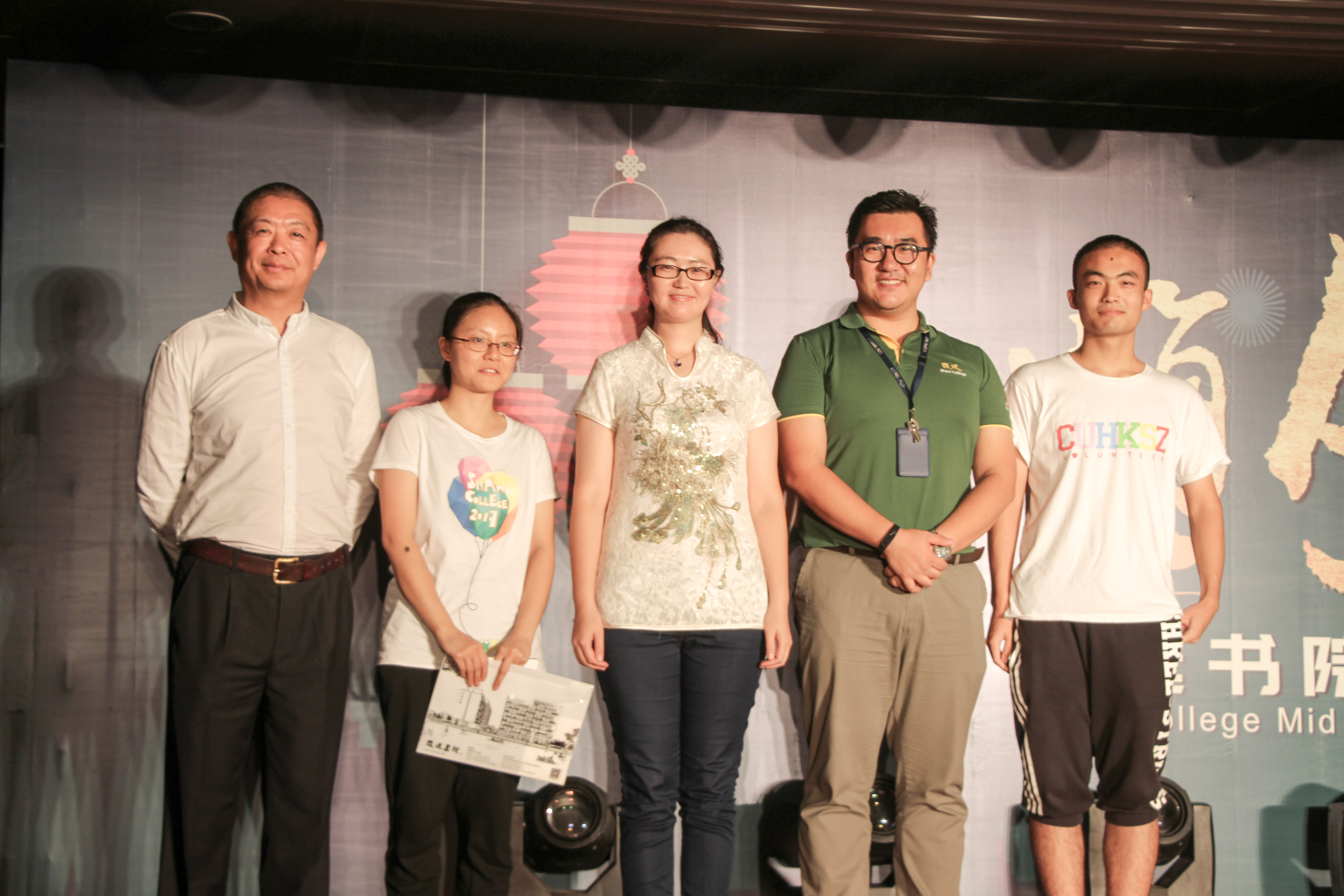 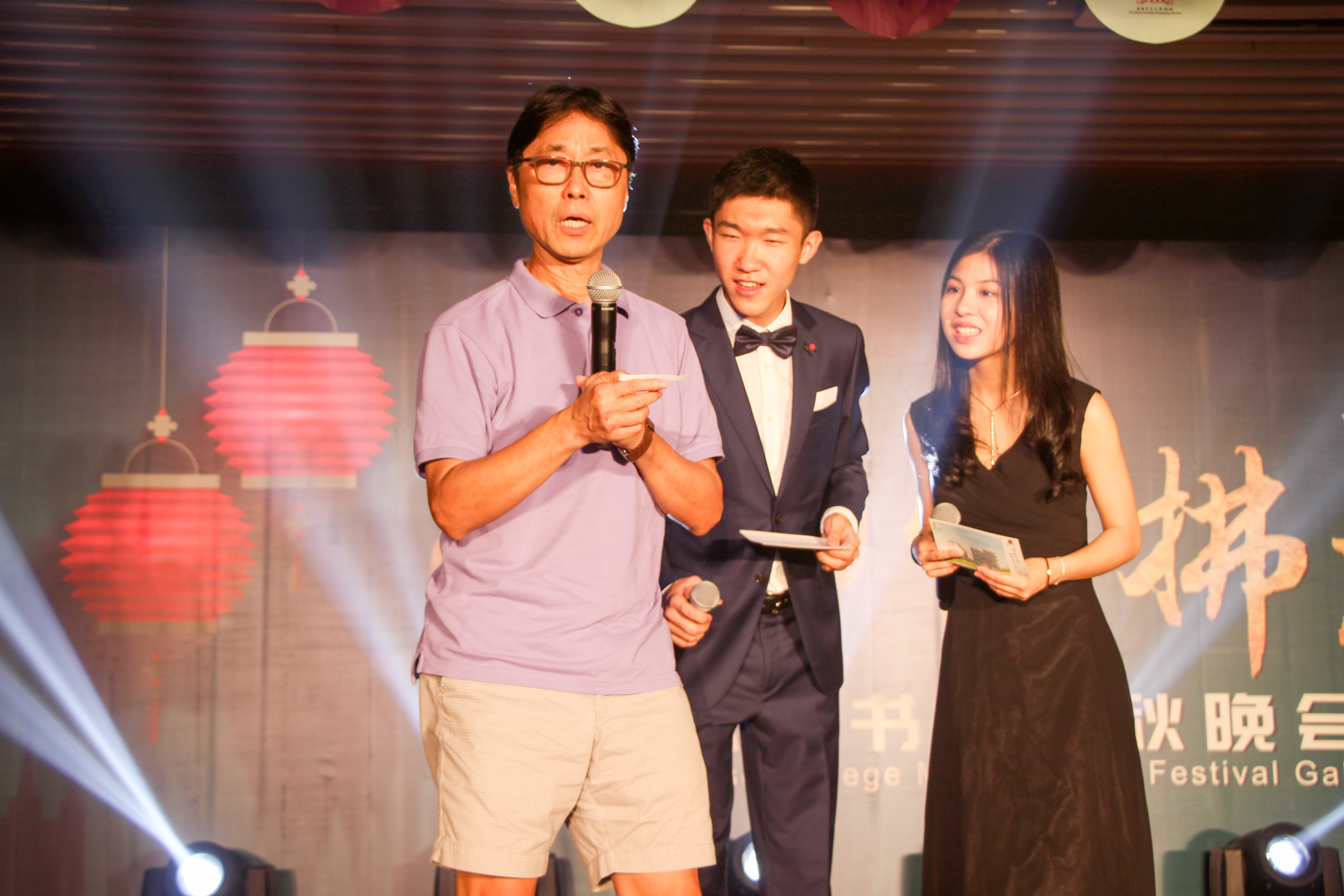 After the exciting lucky draw part, Chen Xiaochi, the singer and piano player, presented us with a song Love the Way You Lie. She was so charming in the light, wasn’t she? 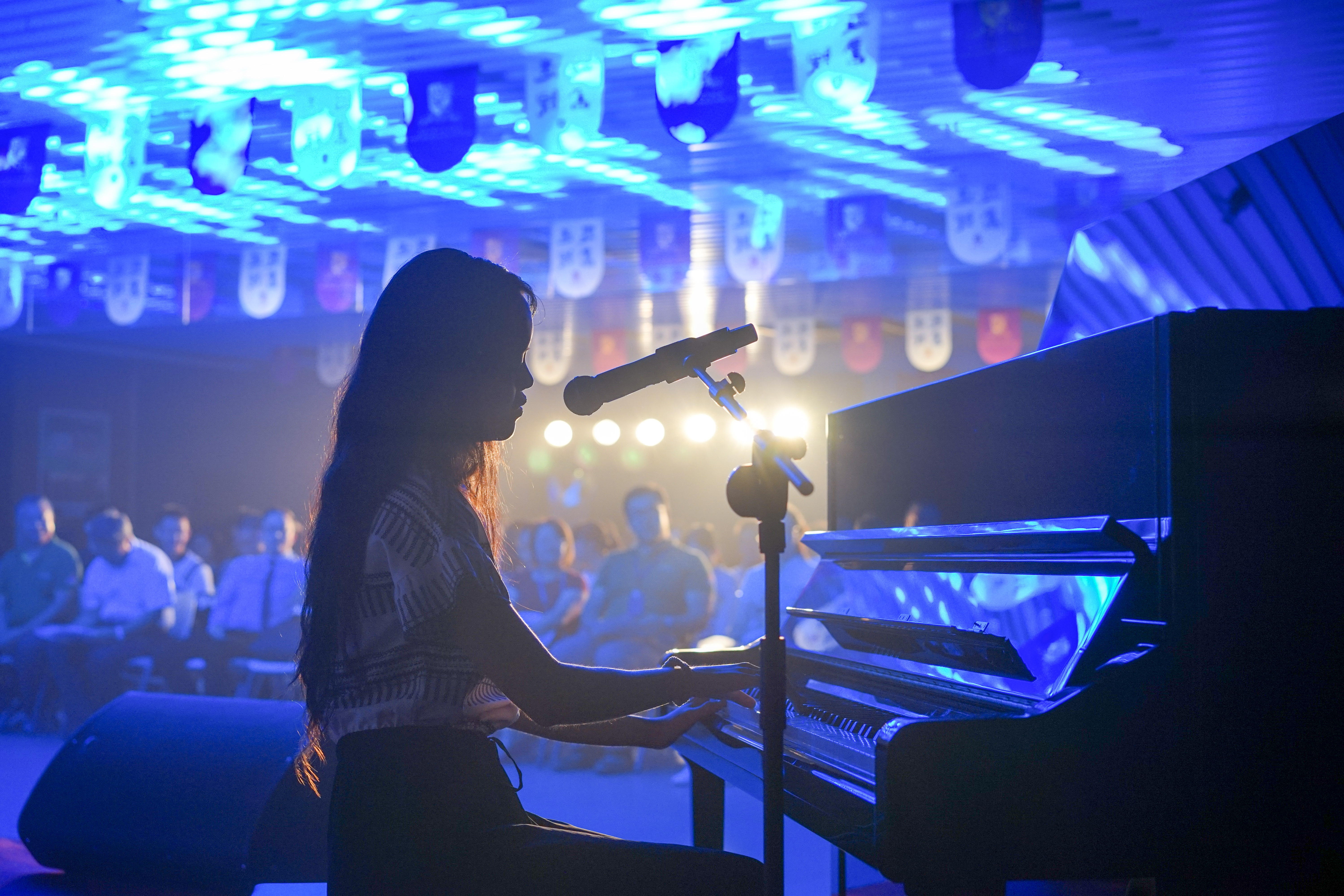 The members of Band ‘Erode’, Feng Chike and Xie Guozheng, were the next to step onto the stage. One played the guitar, while the other sang soulfully to it. The girl from the south, have you fallen in love with the north? Did the lyrics remind you of someone near your heart, but far in the distance? 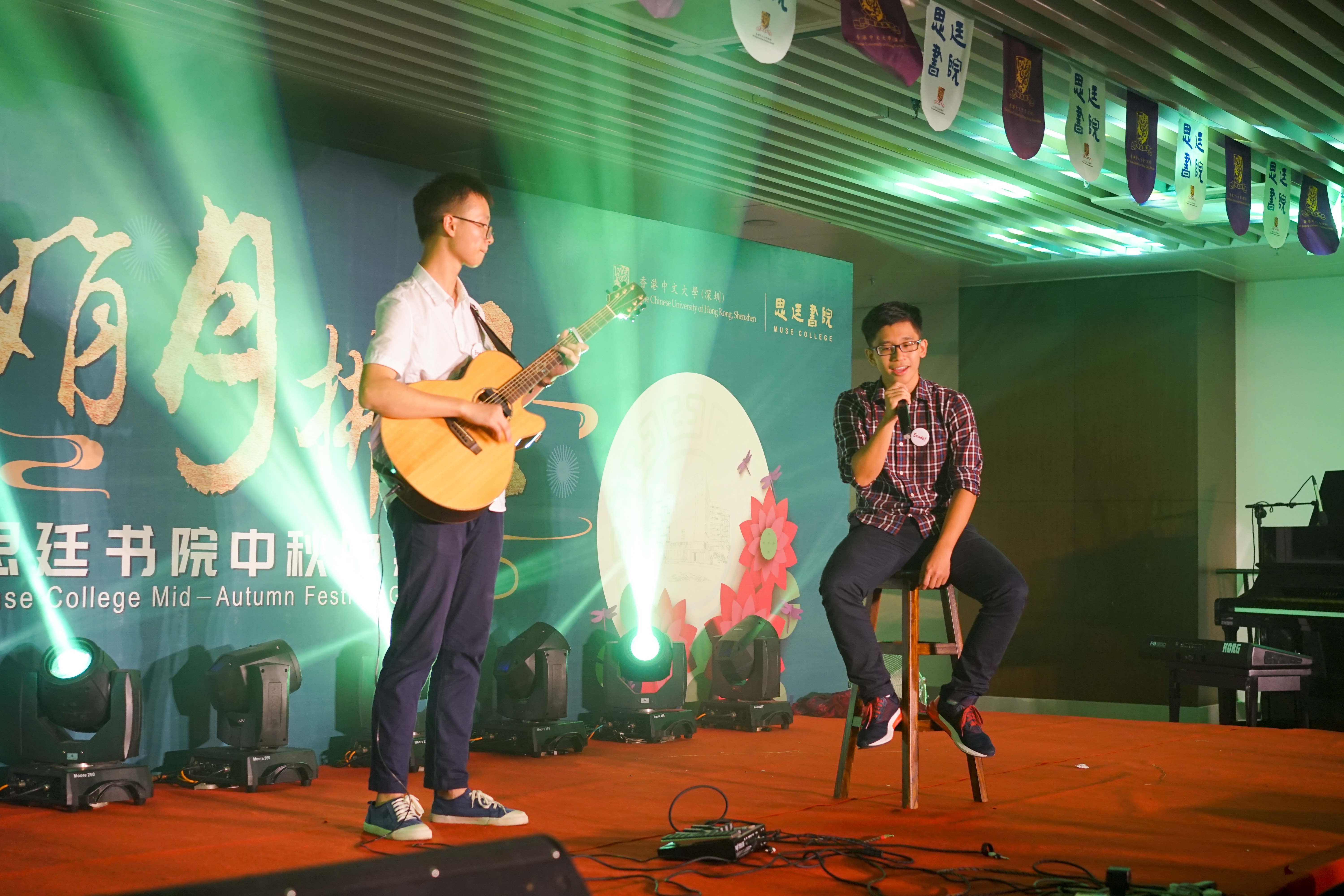 Ge Sijia and Zhang Wanxuan, also the members of ‘Erode’, played the piano and sang the song Continent. The familiar melody flowed from the piano, blending perfectly together with the melodious singing, which was impressive to everyone. 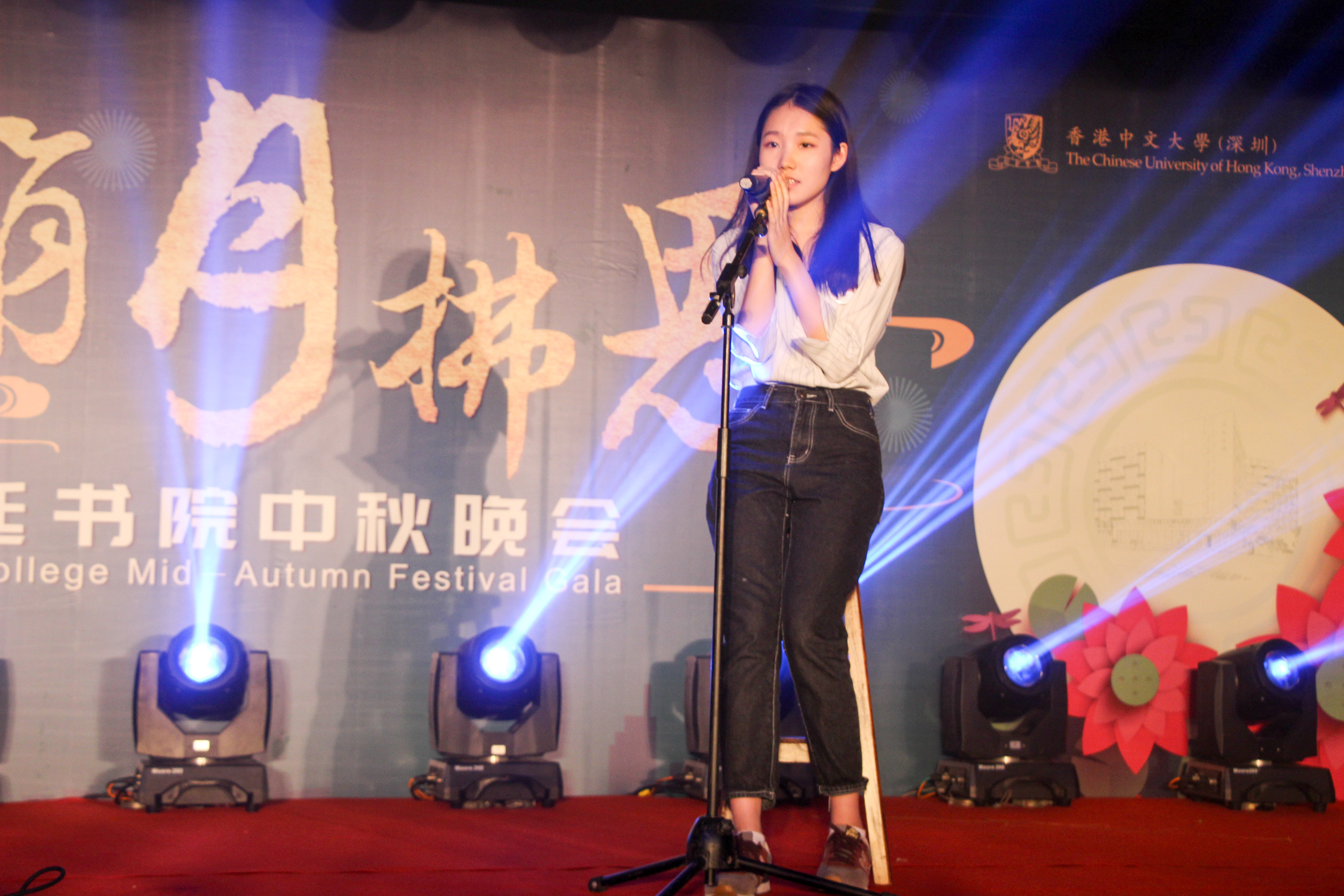 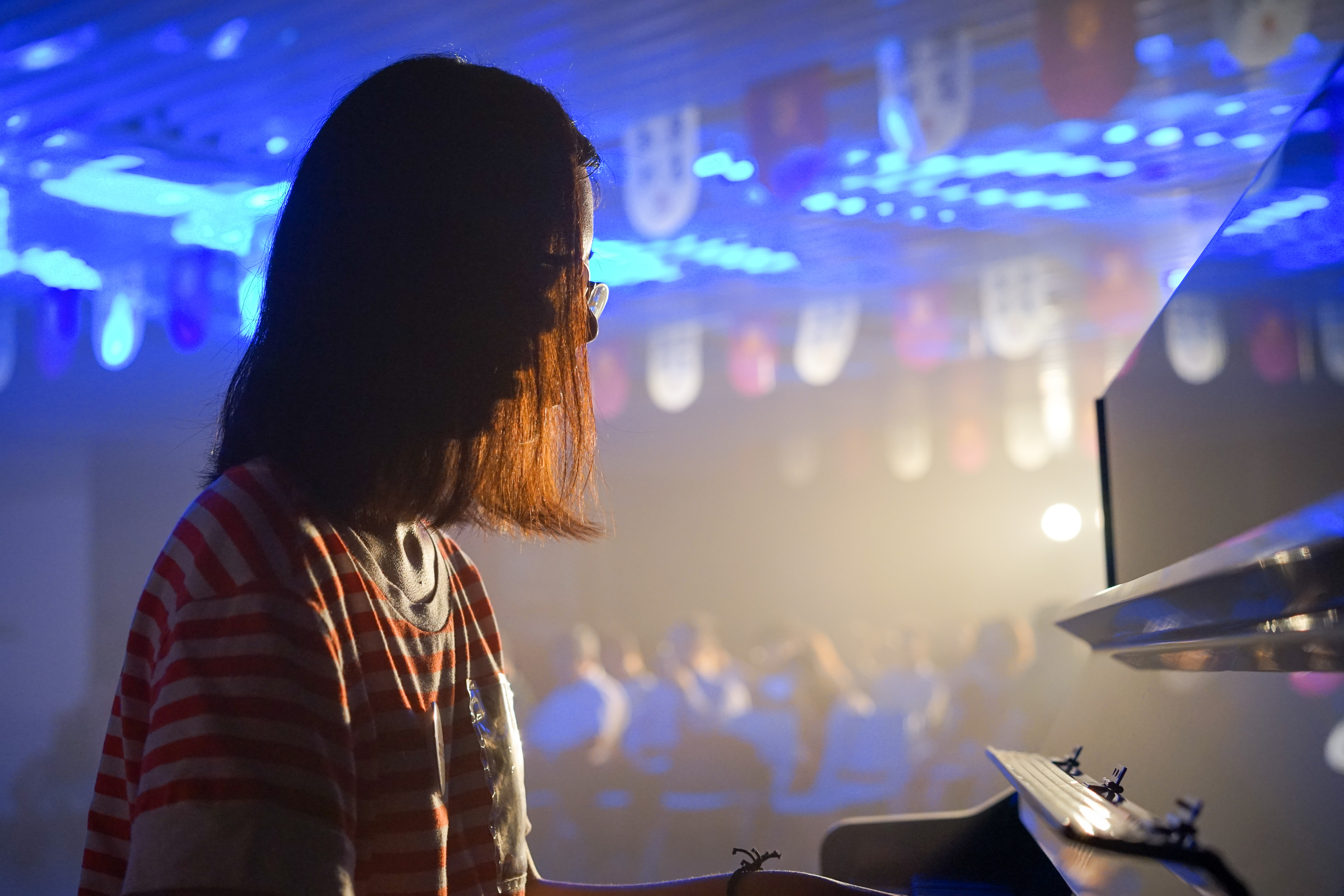 Did the solo song Days with You given by Xiao Yuehai (Teacher from HSS) bring back your childhood memories? 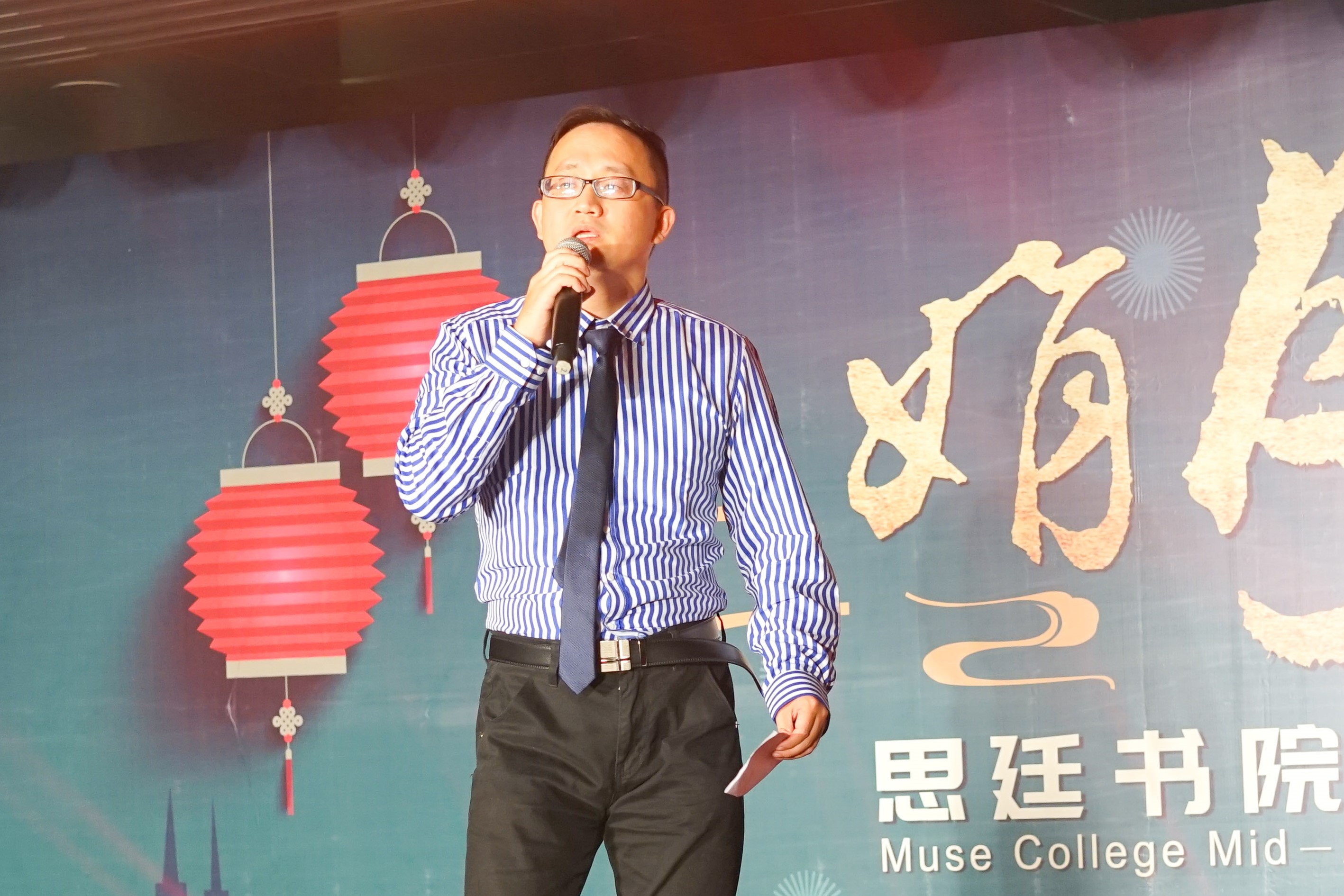 The piano solo of the classic Mariage d’Amour presented by Xi Gaojin brought us into a romantic fantasy. 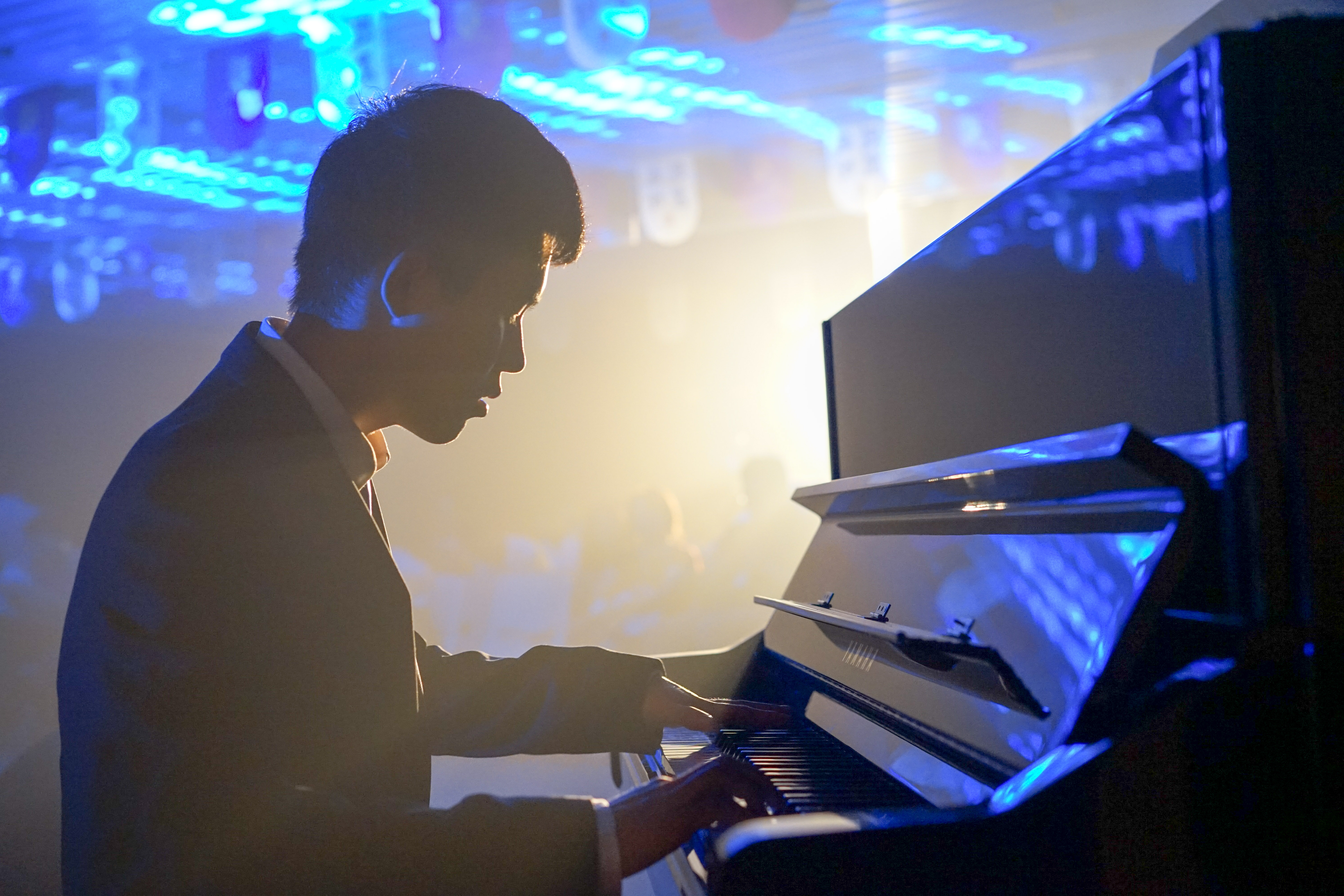 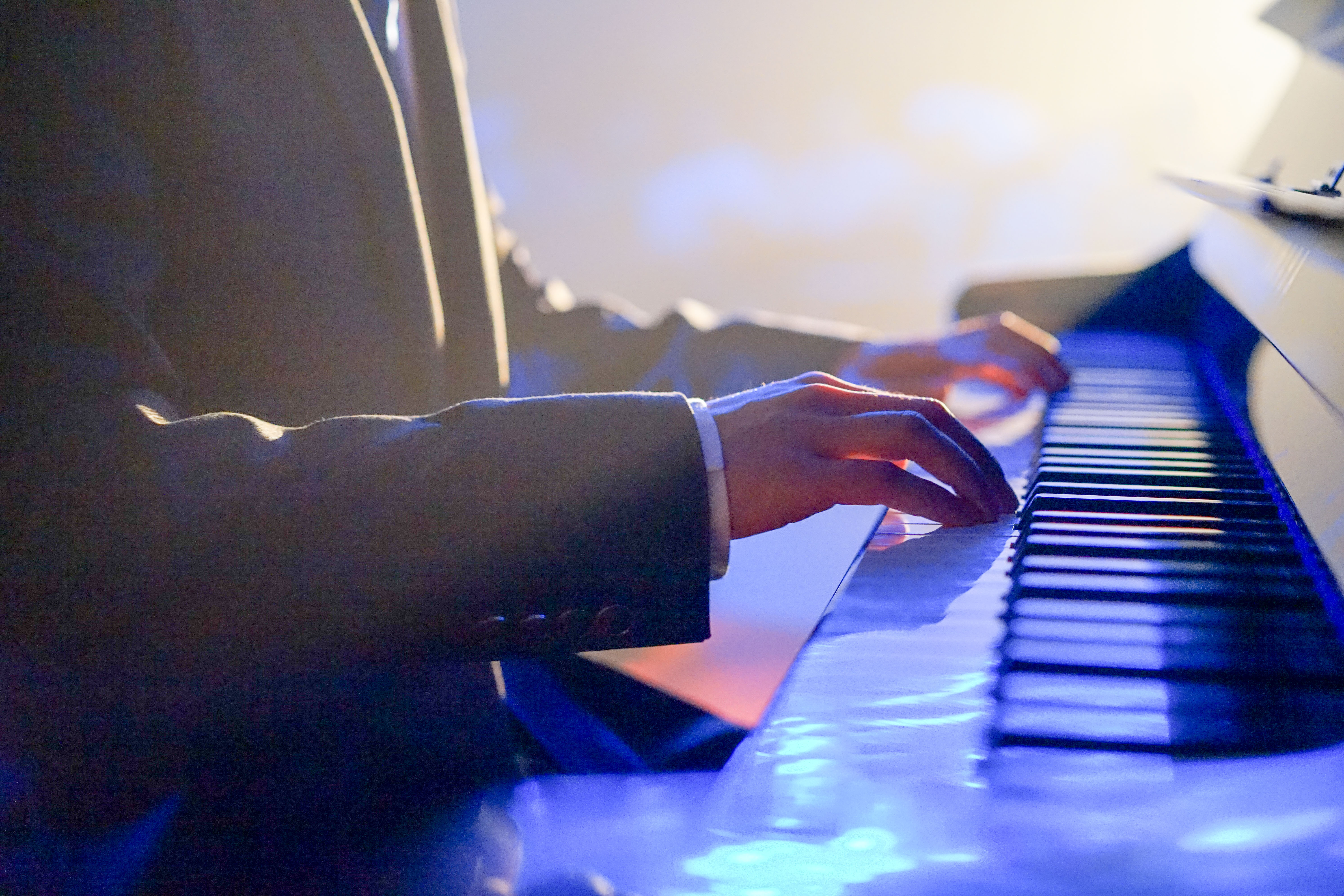 The song Father by Wang Xingdi left us moist eyes. Oh time, dear time, please walk more slowly by my father. I don’t want him to age anymore! How I want to stay by his side and tell him that his beloved child has finally grown up. 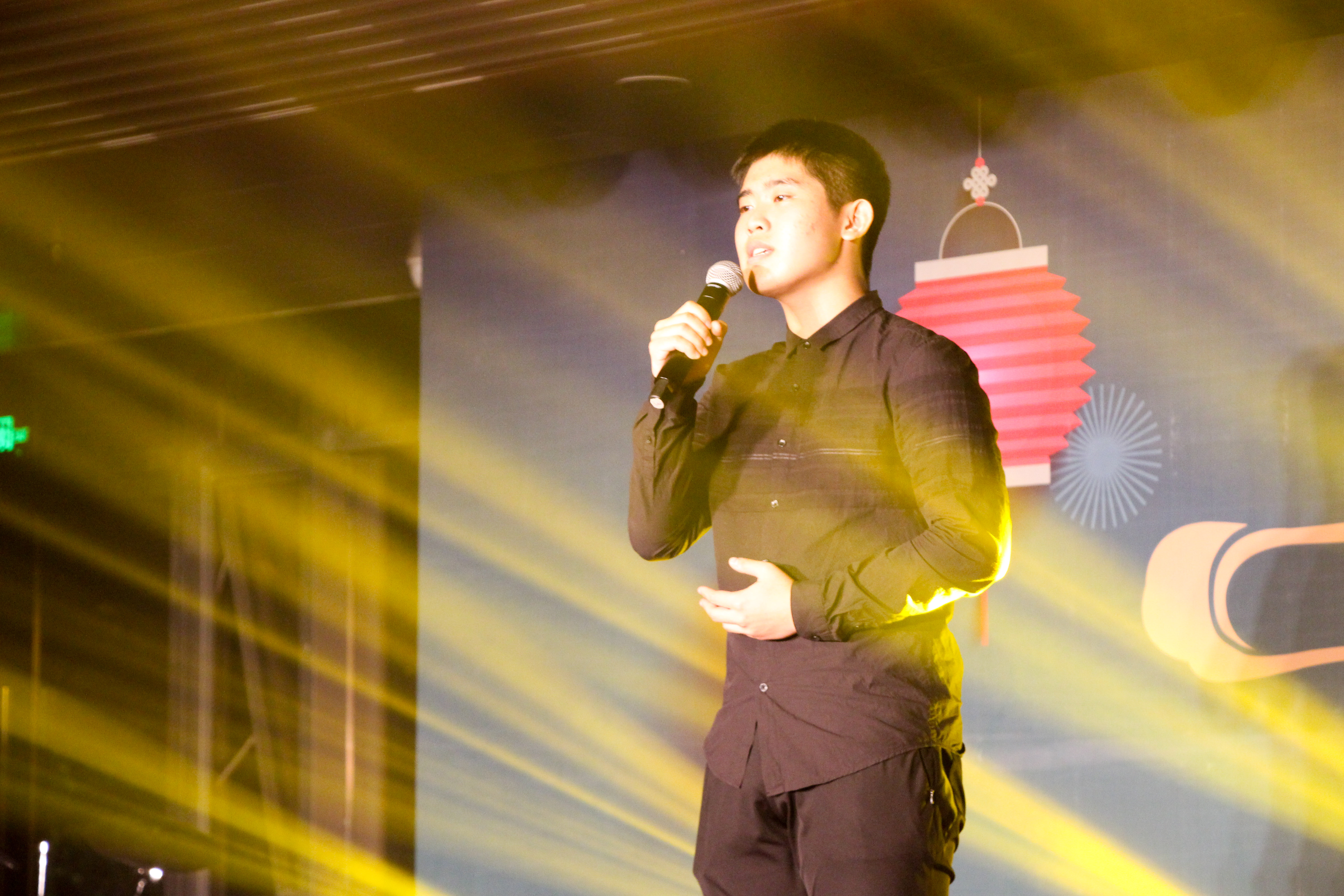 The sound flowed from the four instruments co-operated perfectly with each other. Together, they composed a poetic picture. The moonlight grew softer and softer. It seemed that she also lost herself in Canon as the audience did. It’s worth mentioning that the band completely consists of freshmen. 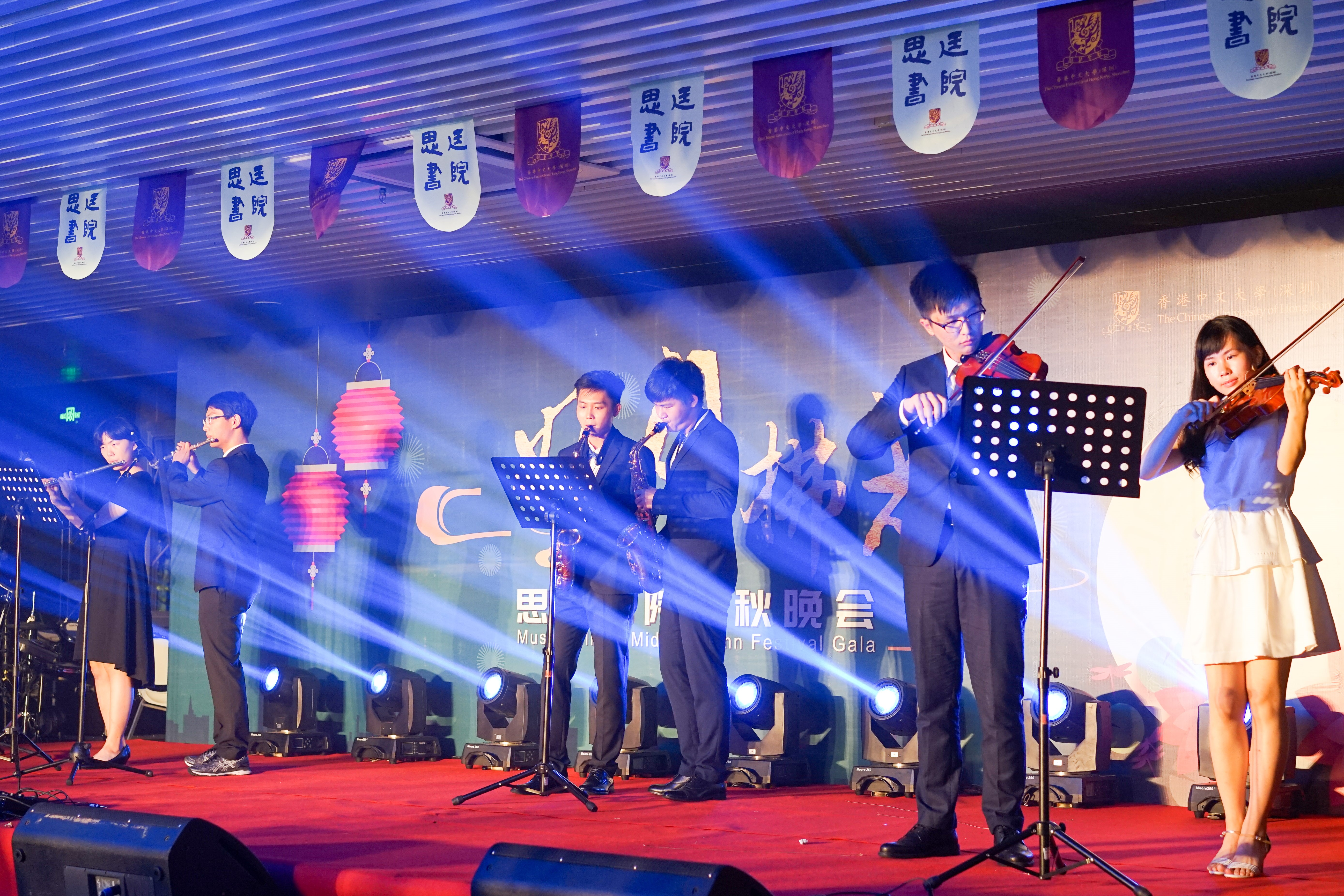 Duet Pearl of the Orient 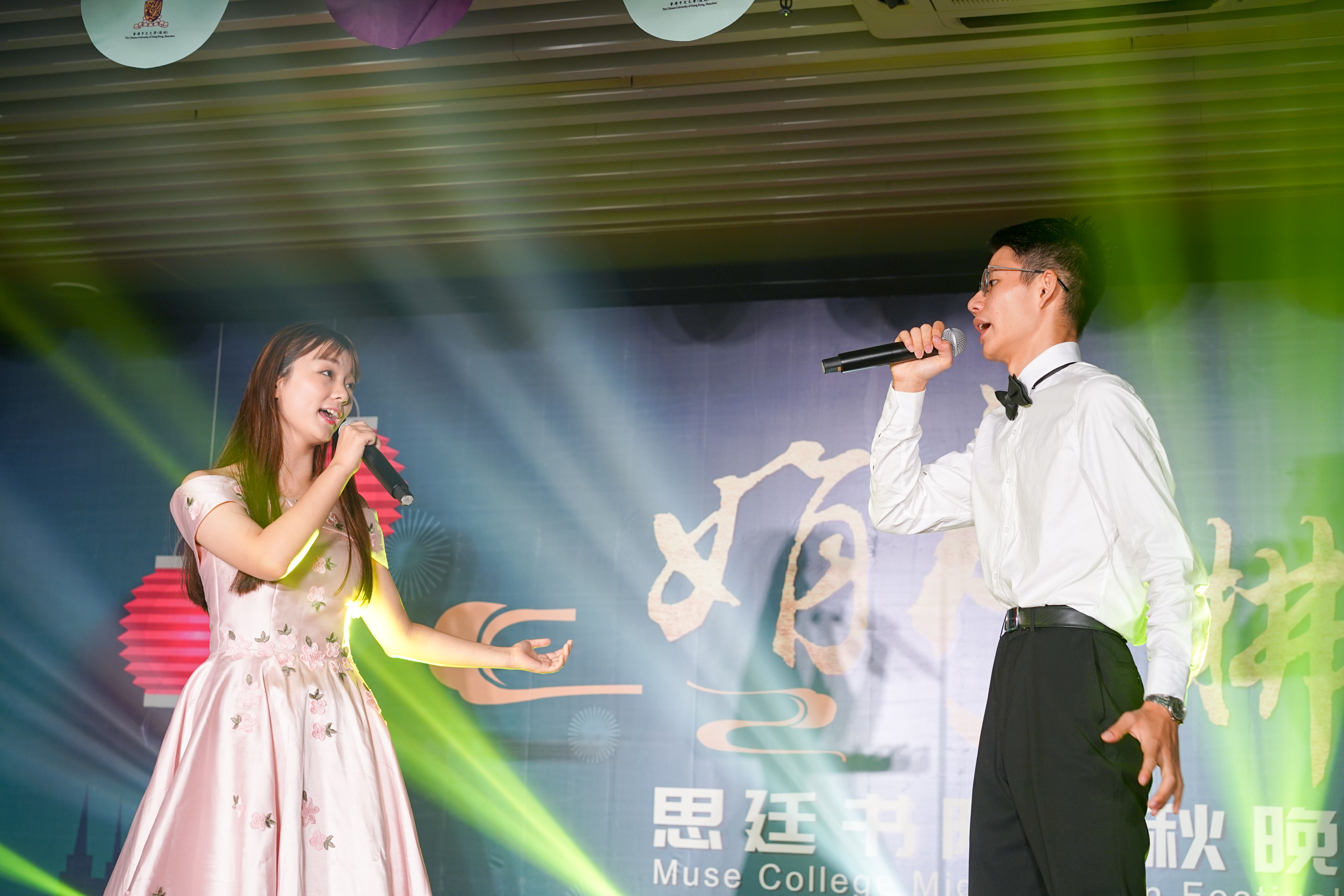 As the last sound of Treasure of the East faded away, the gala also came to an end. Magnificent as the night is, it is time to part.

The night will end, however, memories of the first Mid-Autumn Festival in Muse College will never vanish. It began in expectation and ended in reluctance. We would like to express our sincere and heartfelt gratitude towards our college, and everyone who contributed to it with great efforts. Although busy study tires us, every evening when we return, Muse College is always here waiting for us, giving us her warm hug. How lucky we are to have so many supportive teachers and fellow students. Mid-Autumn Festival is leaving farther, but our heart is getting increasingly closer with our hands always holding on tight. 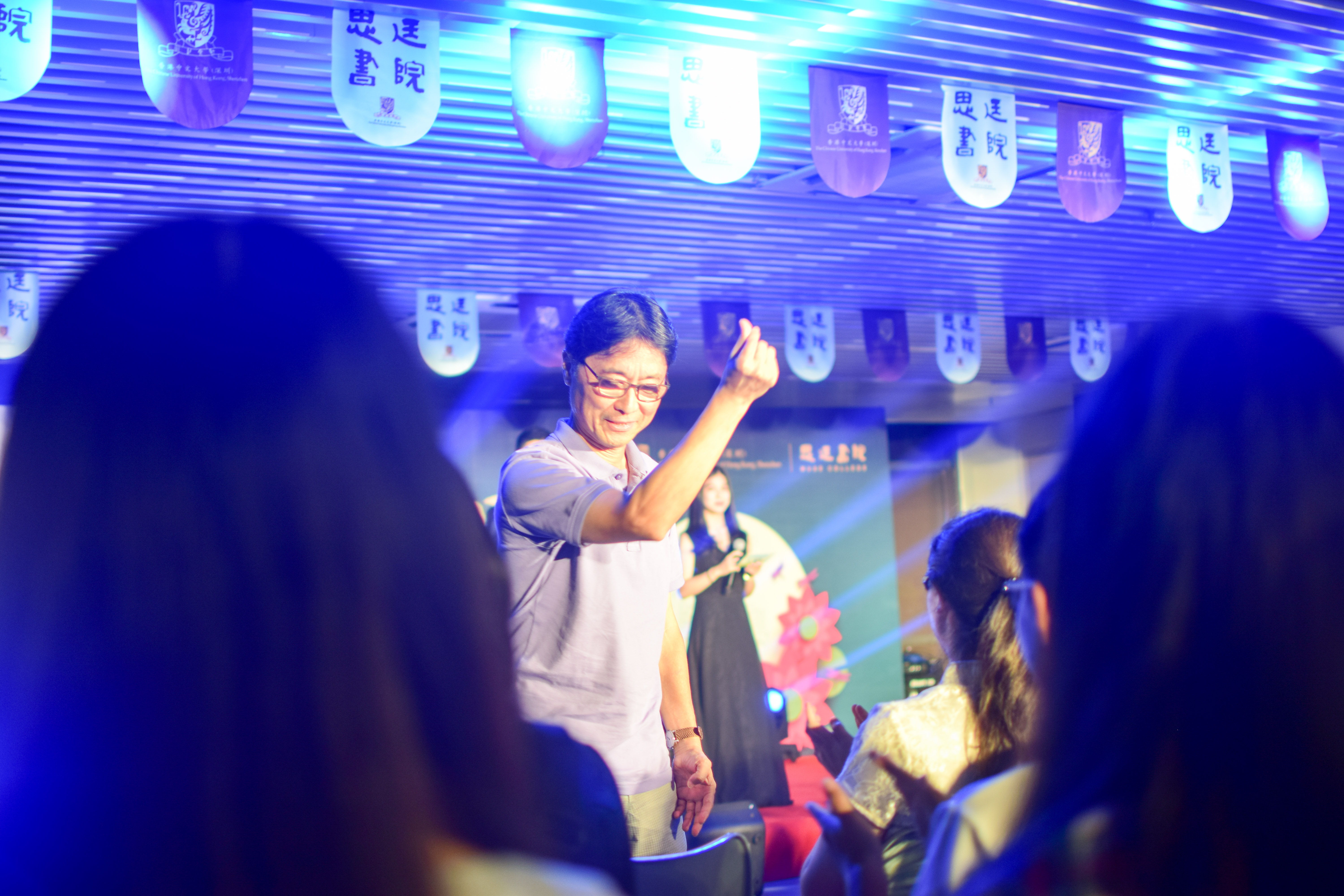 Regardless of wind and rains,

Muse, always with you. 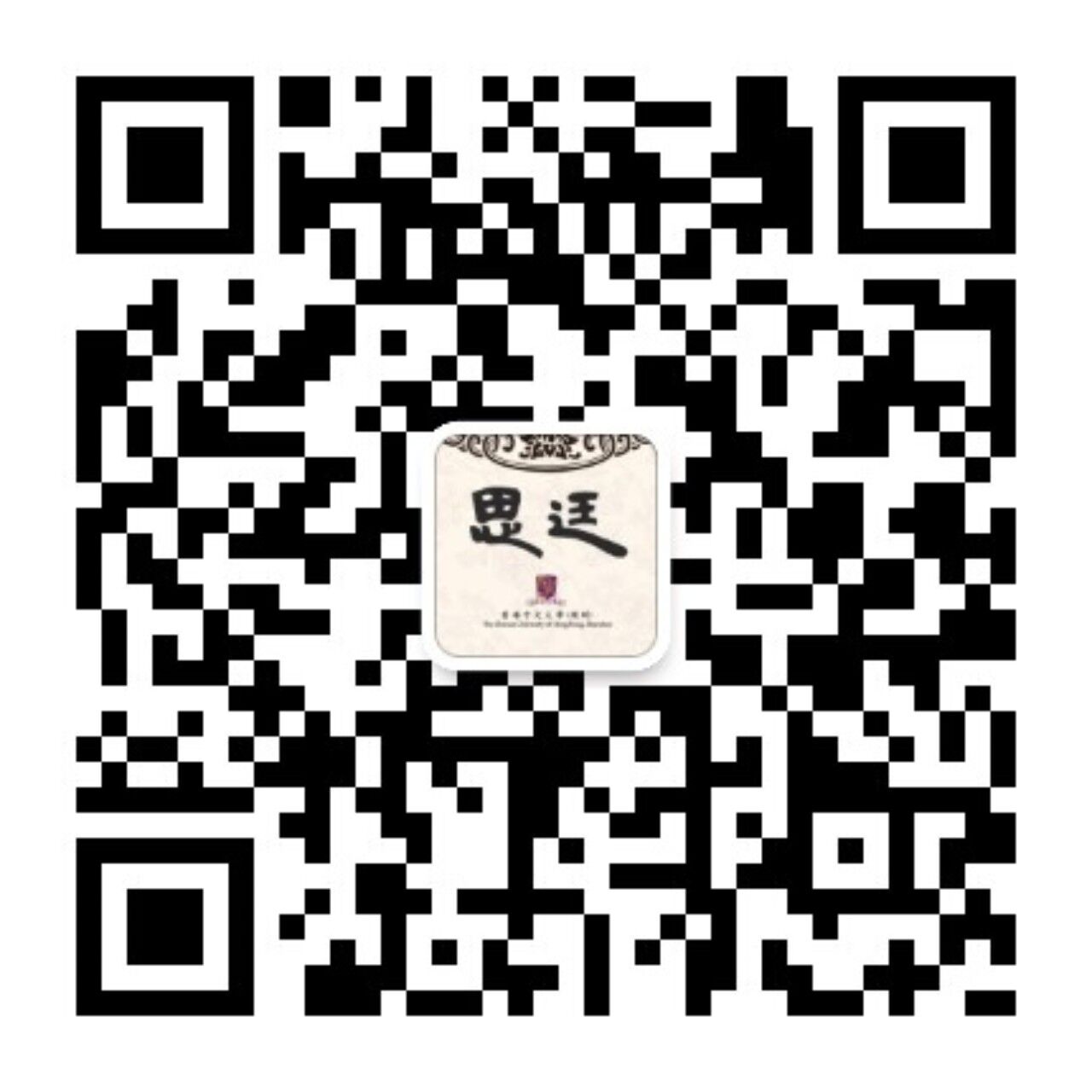