Drama "Our Story" staged in Guangzhou by cast from CUHK-Shenzhen

On January 26, the drama Our Story: The Beauties in Political Turmoil was put on the stage in Guangzhou Zhengjia Theater. The show is adapted by Dr. Leung Fung-yee, member of the National Committee of CPPCC, famous Hong Kong writer and member of the Council of CUHK. The crew of the drama includes teachers and students from the Chinese University of Hong Kong, Shenzhen. This is a special performance to thank all walks of life who have supported the development of CUHK-Shenzhen, following its debut in Shenzhen on December 5. At the 20th anniversary of Hong Kong's return, Dr. Leung adapted her novel Our Story: The Beauties in Political Turmoil into the drama as a gift to the anniversary and invited the teachers and students from CHUK-Shenzhen to present the drama, strengthening the tie between the two universities.

Prof. Xu Yangsheng, president of CUHK-Shenzhen said, “ CUHK-Shenzhen originated from the Chinese University of Hong Kong while Hong Kong and the Mainland are tied closely. The fate of individuals and the development of the country are always closely linked. Our distinguished alumnus, Dr. Leung Fung-yee, has profound insight and very good writing about how Hong Kong is closely connected with the Mainland and how to conduct emotional exchanges. She is very dedicated to the drama, and our teachers and students should make every effort to do it well, as a tribute to the return of Hong Kong. In addition, the establishment of CUHK-Shenzhen reflects the prosperity of Shenzhen and Hong Kong after Hong Kong’s return." The president also said that among the students participating in the performance, there were some science and engineering students. But they can also exert their own understanding in the interpretation of such literary and artistic work. This is an embodiment of the educational philosophy of the university which encourages both liberal arts and sciences education. Xu mentioned, "The Chinese University of Hong Kong, Shenzhen attaches great importance to the comprehensive ability of students. Students are encouraged to discover both Chinese and Western culture, to appreciate the traditional and modern, and to master both liberal arts and sciences. The university helps develop students' comprehensive ability and provide them with opportunities to give play to their knowledge." Dr. Leung Fung-yee also believed that the performance of the teachers and students is excellent. With full support and funding, she intended to provide students who love the stage with a chance to experience drama. 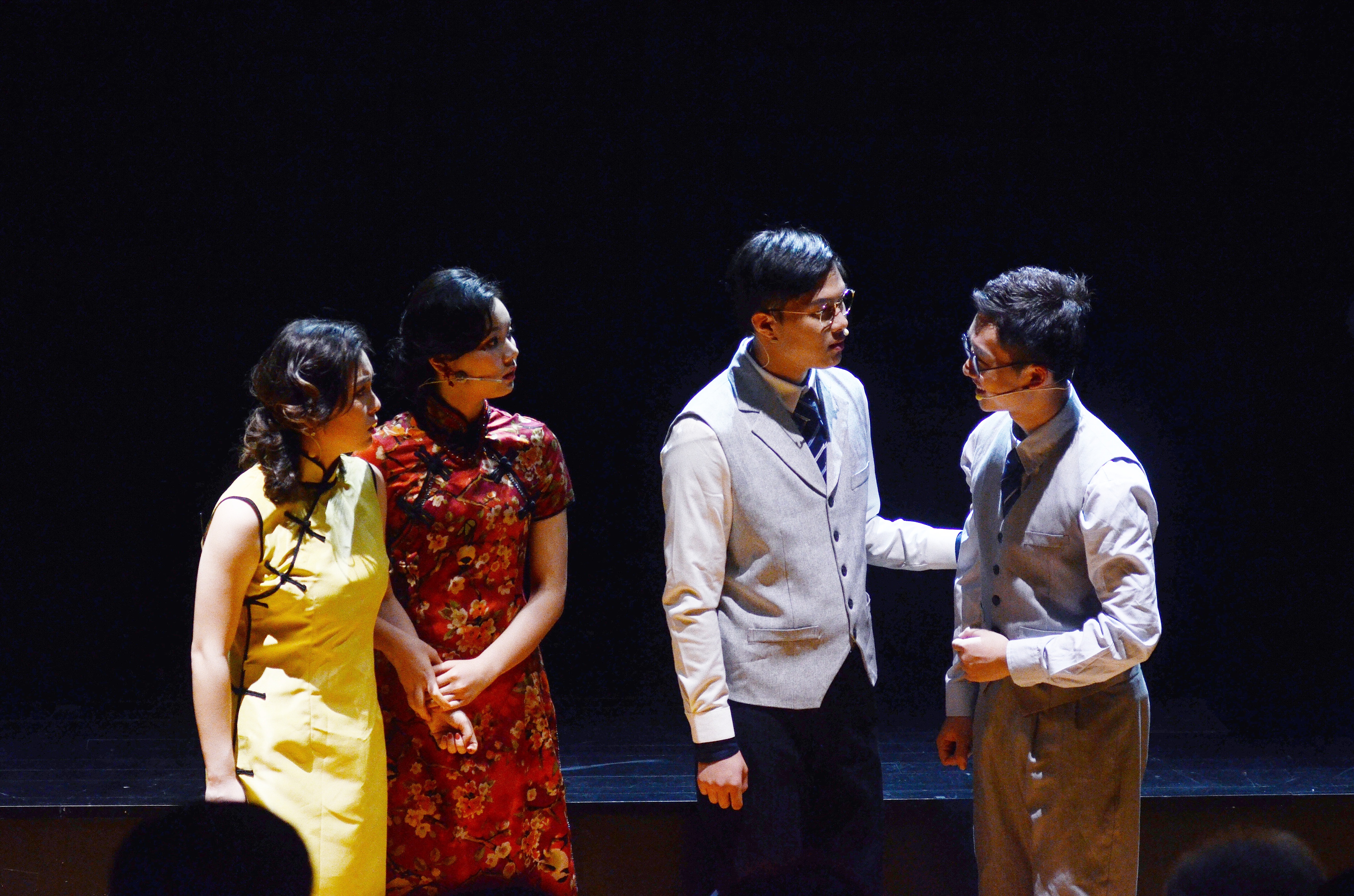 The drama is directed by Mr. Pan Weiqiang, famous Canadian director, while the theme song is composed by Prof. He Wenhui. The cast is made up of teachers and students from CUHK-Shenzhen. The Shenzhen Lychee Youth Theater also participated in the direction and production. The preparation from casting to debut only lasted two and a half months. Dr. Leung appreciated the lively performance of the amateur cast from the university.

The Chinese University of Hong Kong, Shenzhen has been established for nearly four years and inherits the traditions and educational philosophy of the Chinese University of Hong Kong. As an alumna of CUHK, Dr. Leung brought the story based on the background of Hong Kong history to CUHK-Shenzhen at the 20th anniversary of Hong Kong's return to the motherland. The drama not only promotes the cultural and emotional exchanges between the two universities and between Shenzhen and Hong Kong, but also enables youngsters to know more about the history of China and understand the society of Hong Kong and the whole country from the historical perspective so that they can pay more attention to current affairs and the country's future.

The Chinese University of Hong Kong, Shenzhen has been enriching the spiritual and cultural life of teachers and students through planning and undertaking various cultural and art activities. From the preparation to the official performance of this drama, students, teachers, student associations and school administration departments worked together to stimulate the atmosphere of the campus, and to cultivate the artistic accomplishment of students. The drama also provided an opportunity for the arts club of the university to play an important role in the drama preparation.

In terms of today's social and cultural environment, literary and artistic works are inevitably involved in the wave of "bubble culture", which fails to see much original and creative work. Dr. Leung Fung-yee's original novel, "Our Story: The Beauties in Political Turmoil" as well as her personally adapted drama, can be described as a model of original works, inspiring students to pursue arts. The fresh and interesting drama rehearsal and performance training also effectively increase the awareness of students to combine literary ideas and artistic creation.