The 7th Diligentia et Sapientia: The Gist of Zhuangzi Philosophy and Zen

Mr. Qian Zhongshu said that in most cases, academy was a matter concerned by two or three plain-minded people in old houses far away from cities. If it was widely discussed in cities, academy must have become vulgar. Professor Xu Yangsheng wrote the preface for Mr. Feng Xuecheng's book Talking about Zhuangzi Philosophy from the view of Zen: Xiaoyaoyou Dechongfu, saying that reading Feng’s book was like "chatting with an old man who has walked thousands of miles", and that Mr. Feng was a rare "plain-minded person living in the rural country". 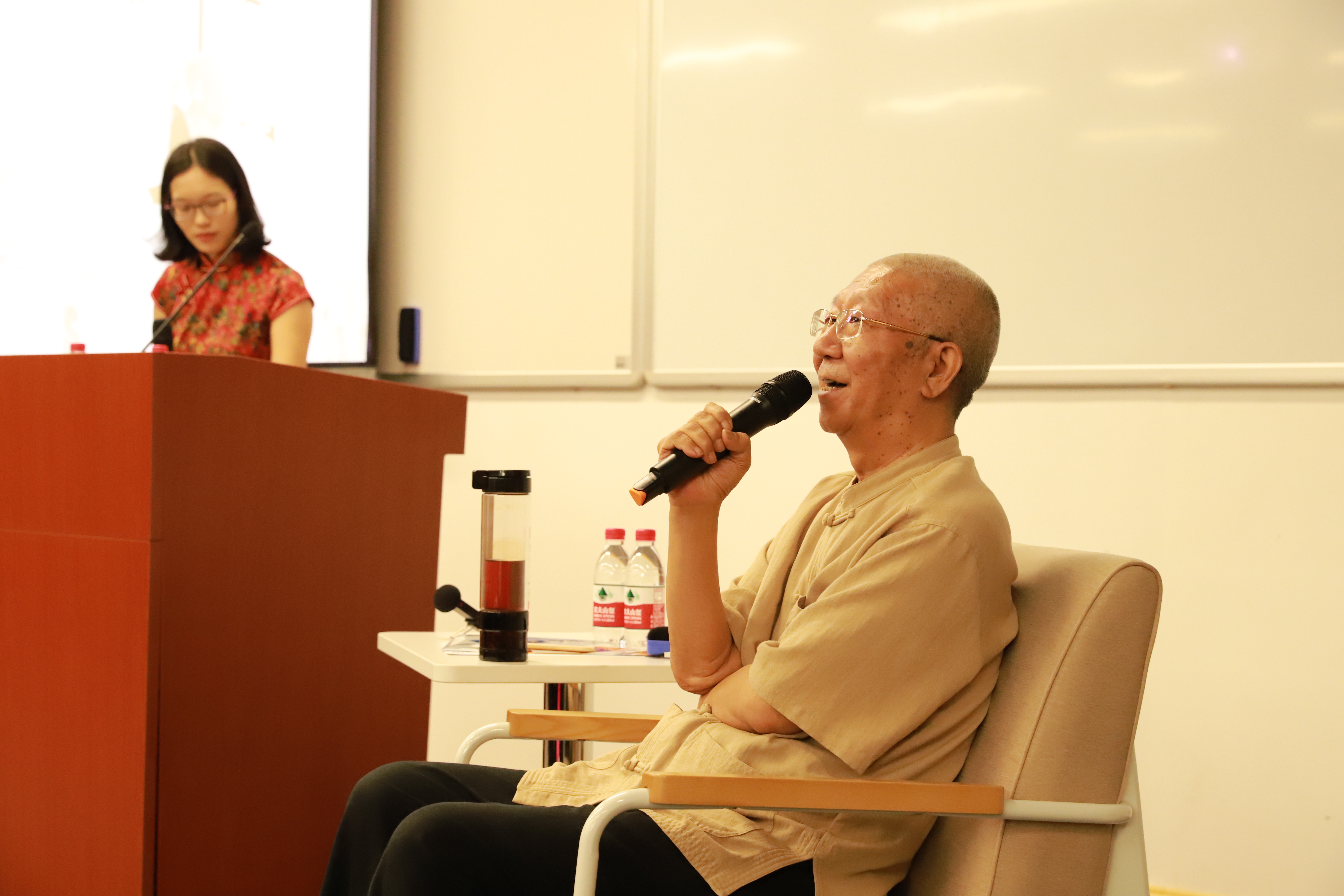 Did Mr. Feng's unique aura come from Zhuangzi Philosophy and Zen? Confucianism centers around the theme of sociability — kindness, righteousness, propriety, wisdom, trust, justice, honesty and honour. Buddhism focuses on spirituality — spiritual level, the distinction between an ordinary man and Buddha — and admonishes the ordinary man how to practice it. As for the Taoism, it concerns about the natural ecology — naturalness and care for life. Descriptions of over a hundred species in “Zhuangzi” such as the mythological roc fish and dachun tree and their allegory stories attract audience of all ages. The master of Hanshan appreciates Zhuangzi as the only scholar, who studied heaven and man among hundred schools of thoughts. He said if one have not read “Zhuangzi”, one would never know there is immortal in the world. Jin Shengtan remarked “Zhuangzi” as "a book of the most talented person". 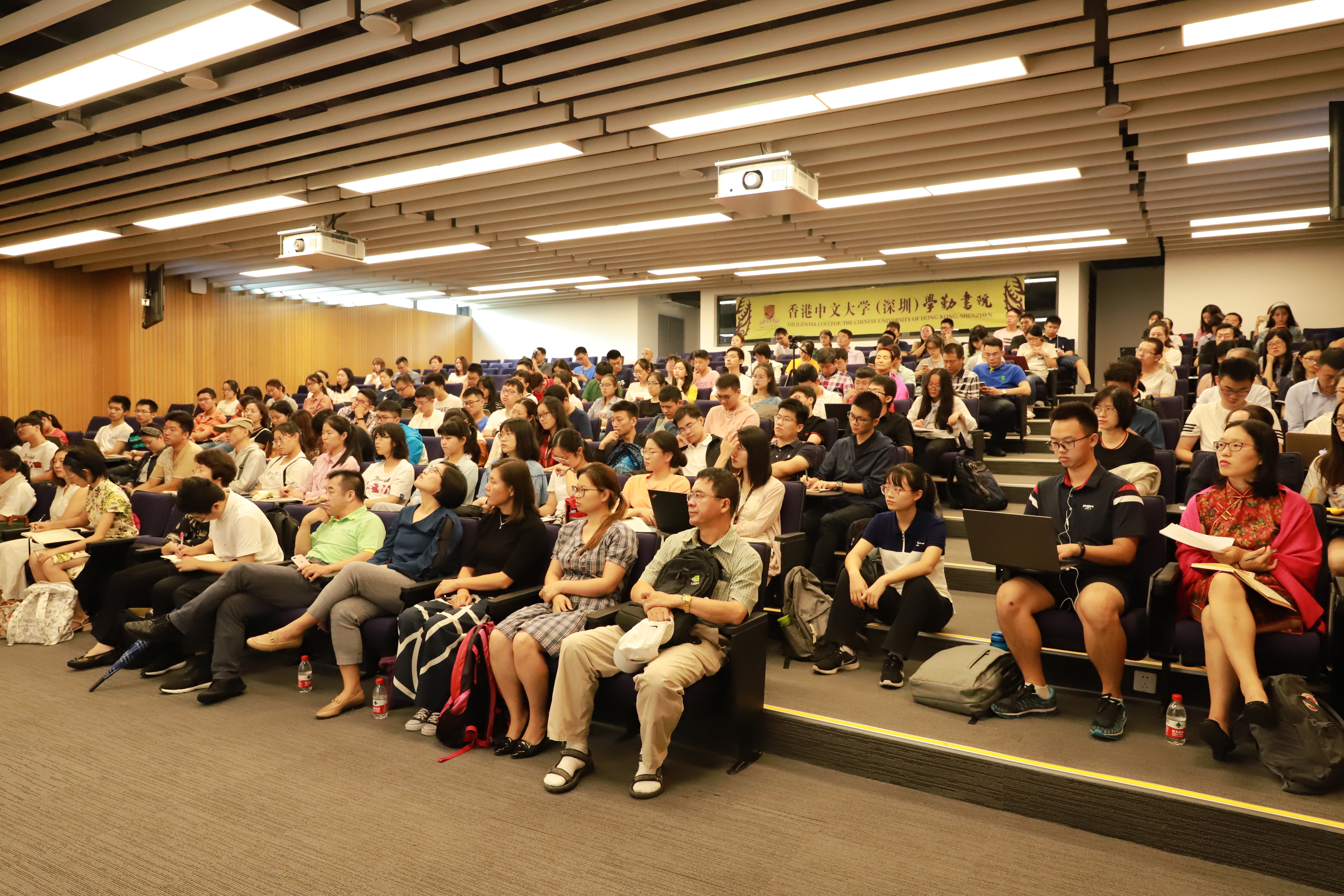 The virtue that Zhuangzi admired was the virtue of life, including respecting one's own life; through balanced diet, regular routine, and proper work (Huangdi Neijing); not going after unnecessary and unavailable goals. Praise or condemnation has no influence on a person with overall moral because he does not strive for fame or wealth, nor does he seek any tangible benefit out of his precious life. If a person forces themselves to do something beyond their power, they will inevitably "harm their life". If parents are “harming life” of their child with too much pressure, he/she cannot do much for the development, but only try to cultivate necessary traits within. If this process is not completed, his/her wisdom is superficial since there is no inner moral and practice. For an adult, squeezing too much out of their life might seem as a hard work; yet, in reality, this person is "harming his/her life” from within, which will cause a variety of physical and mental diseases. In order to protect the virtue of life, one should decrease the previous harm done by the society; it’s not to avoid responsibility and hinder it, not to lie to oneself but to do one’s best.  Once a monk asked the master a question: “A lion beats an elephant with all his strength. When pouncing on a hare, the lion also uses all his strength. So, what is all the strength?” Master answered: “Strength is no never bully others.” Just work hard at the present, which means that we should spare no efforts to think and do things at this very moment. The gist of Zen has three kinds of meanings. First one is to focus on the target and not to be pleased by external gains, which demonstrates the wisdom of Zen. Second one is to exclude impurities and distracting thoughts in the mind, which shows the respect for Zen. Third one is to upgrade and optimize the thinking system. It is the best state of mind to focus on only one thing without any distractions. When the mind is clean and clear, the thoughts and faith can be so strong that they can even move mountains. 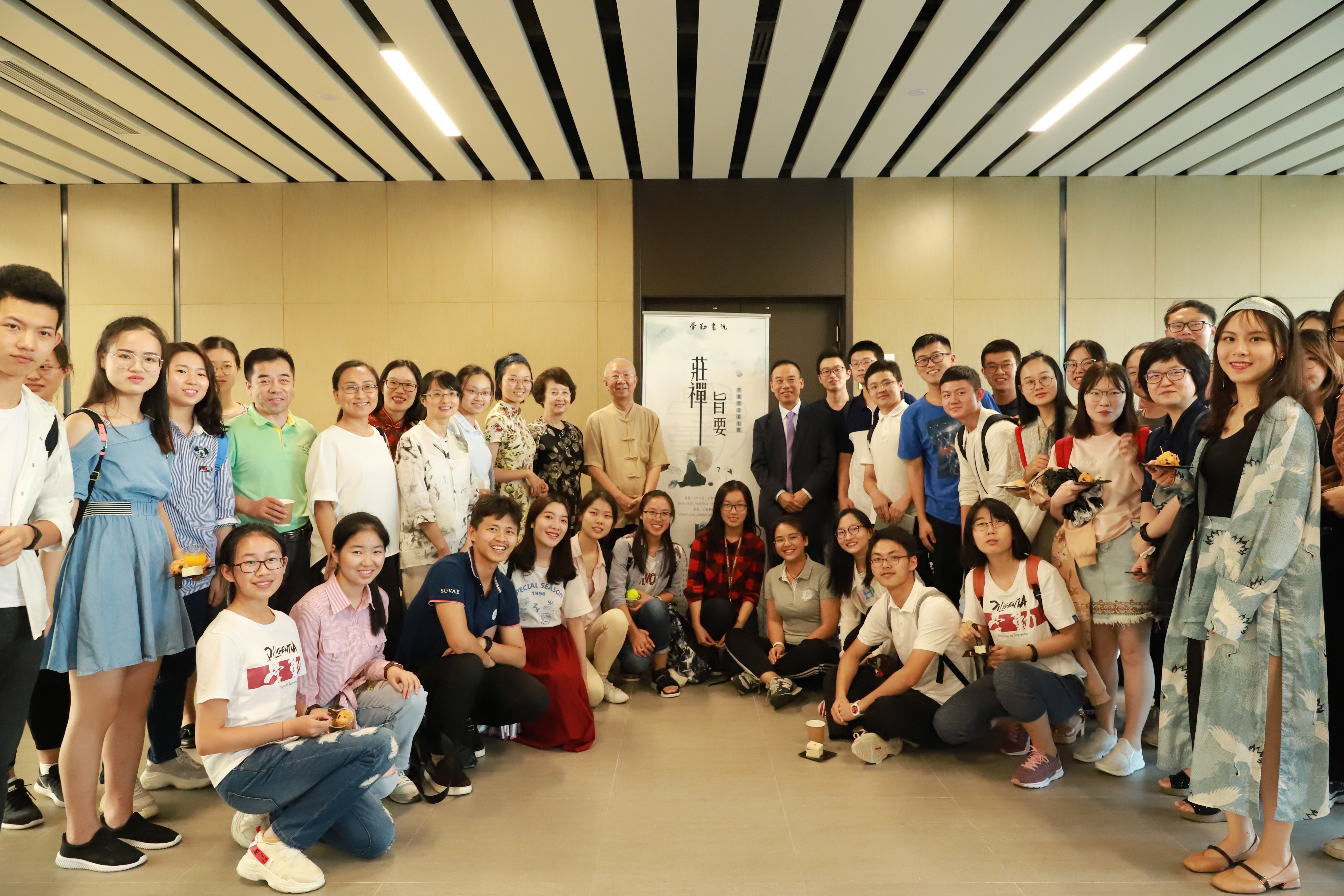 Although the wisdom of Zen and Zhuangzi can be good enough, it is like the story the Penumbra and the Umbra  in the Taoism classic Zhuangzi. That is to say, we learn Zhuangzi and Zen through people’s annotations of those classics. What we learn is a copy of the thoughts. There is an old saying: “What I am going to write has already been done by the ancients, and what I am about to say has already been uttered by them as well.” Thus, how can we avoid becoming the shadows of others? How can we maintain the independence of our own thoughts and personalities? Zhuangzi once said: “Abandon the authorities and discard cleverness.” Zen thought that “A great man has his own ambitions and does not go to the place where the Buddha lies.” There is also a popular saying: “Do not read a book as a nerd. We have to “enlighten” ourselves through the reading.” Just as  a well-known ancient Chinese poet’s, Huang Tingjian’s, inspiration acquired in the sweet-scented osmanthus flower, he said: “I am truly myself and there is nothing to hide anymore!”

Mr. Feng’s lectures not only quoted the classics but also provided us with a lot of interesting narratives. During his lecture, Mr. Feng explained to us what is Zen, what is true oneself, and Zhuangzi’s emphasis on life. During the lecture, he told us about his friend who complained to him that the young people were unwilling to listen to the Buddhist doctrine. However, Mr. Feng believed that it was not reasonable to require every young man to follow the same standard. At the same time, Mr. Feng also advised us to live a regular life, keeping a good diet and cutting overwork out to cherish our bodies. During the Q&A session, a student asked why people who believed in Buddhism and science were always arguing about the origin of the universe. Mr. Feng replied wisely: “Those people who argued may not understand Dharma or science, respectively.” Thus, Mr. Feng’s wisdom and open-mindedness can be obvious.

We should not force ourselves to the extreme due to certain standards, but rather maintain an independent personality.  We shouldn’t be the the shadow of others and be carried along by the tide. However, some people say it is pointed and extreme to be a person with his own personality. Mr. Feng said that all that is required for a person is to cultivate the mind, to calm down, and to take good care of own body. A sketchy knowledge is just fine to walk on the Journey of life. Although we don’t know how far we can go, with the right direction we can move forward steadily.