Visit of University of Southern California

Ms. Sarah Hall, Director of Graduate & International Programs, Gould School of Law, from University of Southern California (USC), and Ms. Etta Wong, Director of USC Hong Kong Office, visited CUHK-Shenzhen on 29 November 2018. The purpose of the visit was to discuss the implementation of the 4+1 Bachelor-Master Arrangement that has been signed by USC Gould and CUHK-Shenzhen School of Humanities and Social Science (HSS), and hold an information session to the HSS students who are interested in this arrangement. Ms. Sarah Hall and Ms. Etta Wong were received by Prof. Xitao Fan, Dean of HSS, Prof. Lidi Wang, Associate Dean of HSS, and Mr. Paul Ke, Director of Office of Academic Links and other representatives. 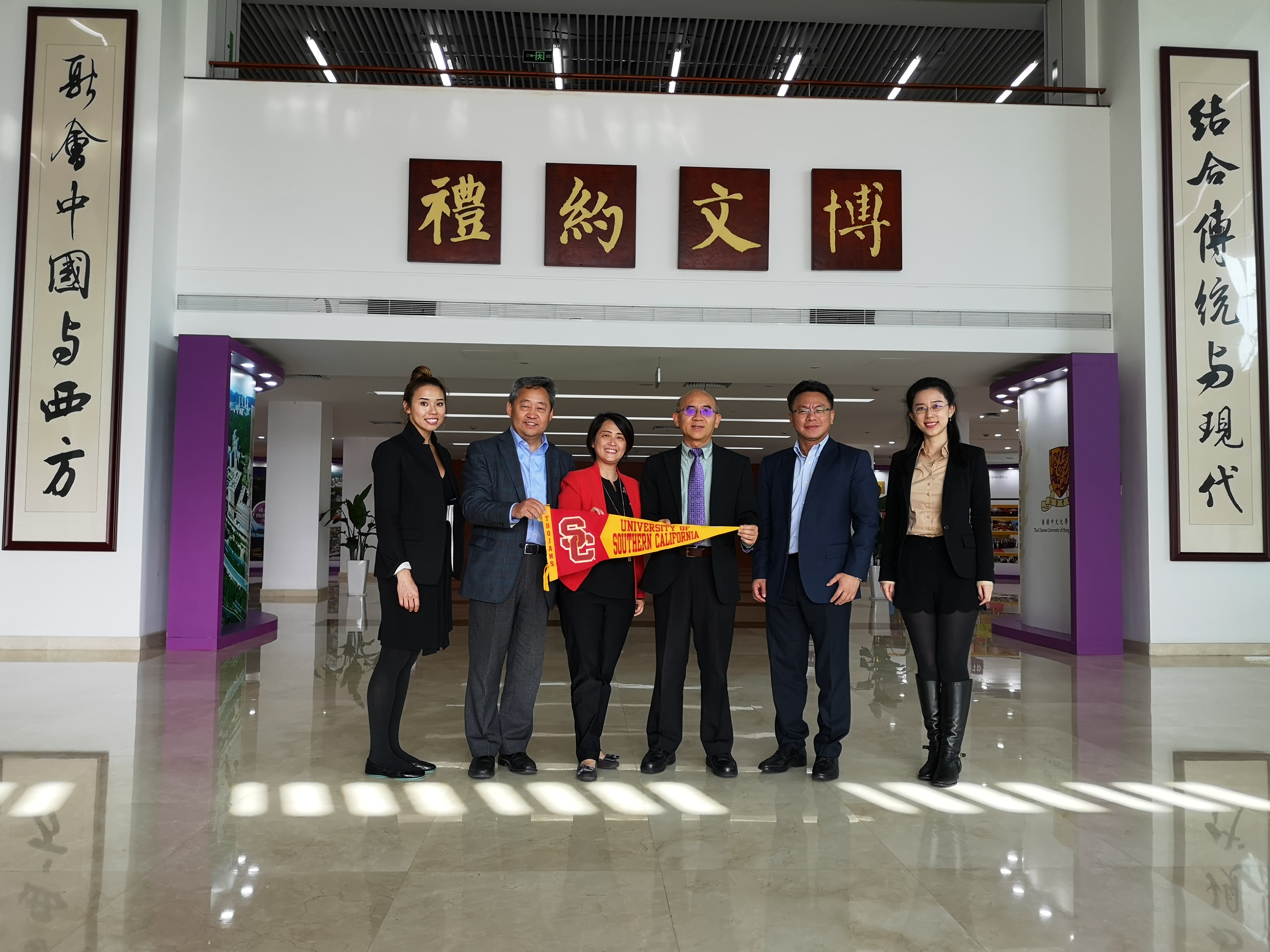 Founded in 1880, University of Southern California is the oldest private research university in California. It is ranked 22nd in National Universities, and its Gould School of Law (Gould) is ranked 19th in Best Law Schools by U.S. News and World Report. USC is accredited by the Western Association of Schools and Colleges. The university was elected to the Association of American Universities in 1969. USC presently has five Nobel Laureates on staff, eight Rhodes Scholars, five MacArthur Fellows, 181 Fulbright Scholars, one Turing Award winner and many other honored faculties.