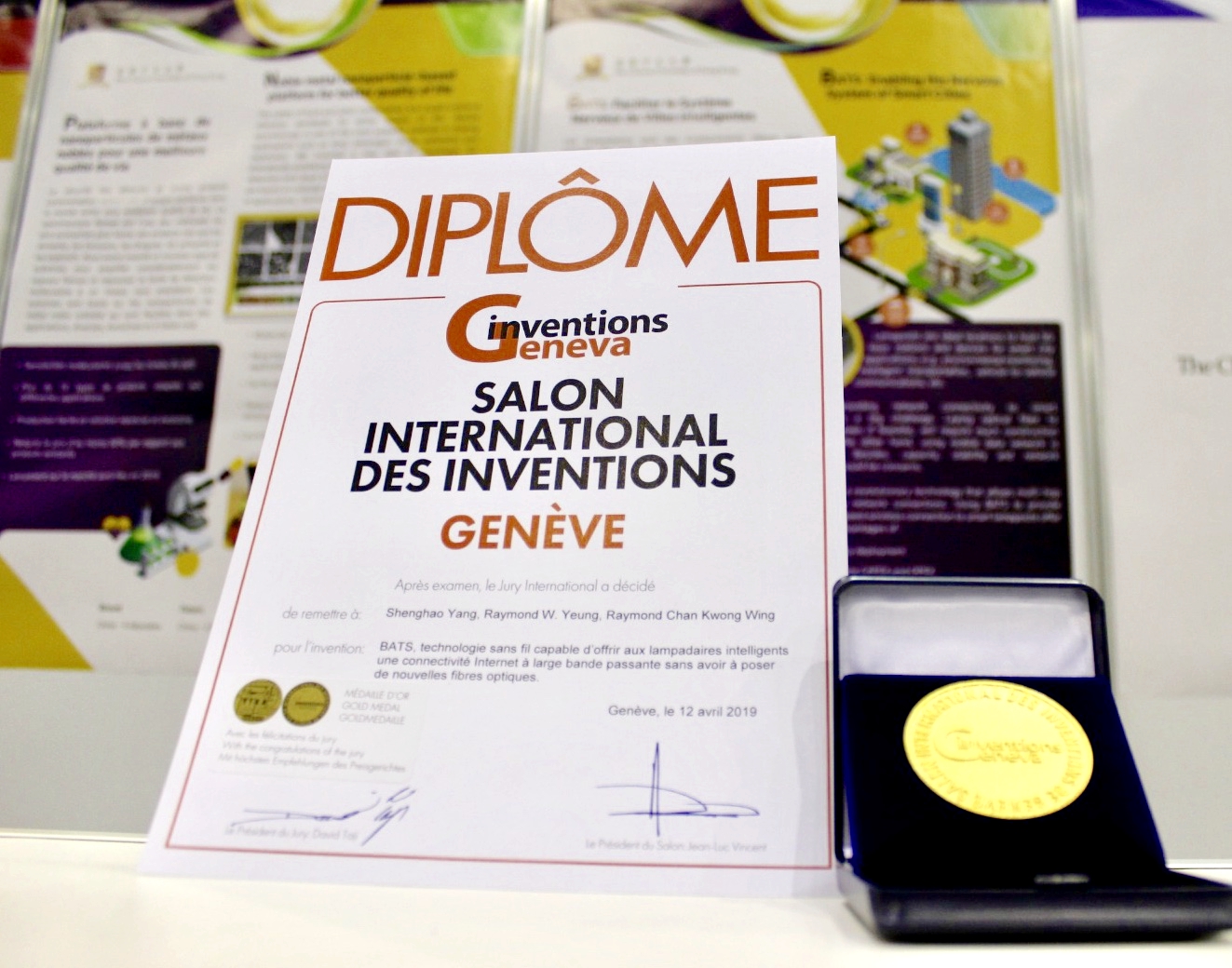 At the 47th International Exhibition of Inventions of Geneva, the project "BATS-Enabling the Nervous System of Smart Cities" led by Prof. YANG Shenghao and his team, won the Special Gold Medal (Gold Medal with Congratulations of the Jury). This technology has been adopted in the Hong Kong Government's pilot deployment of smart lampposts.

Batched Sparse Code (BATS), a revolutionary network coding technology developed by Prof. Yang Shenghao, provides solutions for the low effectiveness of multi-hop wireless network. This technology can be applied to constructing infrastructure of network in the mass deployment of smart city. There is no need to lay new optical fiber for lampposts because radio links make the connectivity of lampposts possible with the basis on the solution of multi-hop wireless network. On the other hand, BATS enjoys the advantages of a low operating cost and a higher level of network security and stability. It provides a city-friendly and economical solution for mass deployment of smart lampposts, and therefore expedites the constrcution of smart cities and improves the technological level in people's life.

Early this year, the Hong Kong government launched the pilot smart lampposts plan. A total of 52 smart lampposts have been installed in Kwun Tong, Kowloon Bay, and some other areas. Each smart lamppost is equipped with a number of functions, such as surveillance, Wi-Fi, 5G base station, monitoring of pedestrian and traffic flow and collection of data.

This project, supported by the Shenzhen Science and Technology Innovation Commission, is one of the key research conducted by the "Shenzhen Key Laboratory of IoT Intelligent System and Wireless Network Technology" of CUHK-Shenzhen. Under the supervision of Prof. Yang Shenghao, the R&D part is completed mainly by ten undergraduates from the School of Science and Engineering. Five of them are in their fourth year and have been working in the lab for more than two years. They are Mao Chengli, Huang Xuan, Jin Sheng, Tao Yuezhan, Zhou Zhengxian, the former two coming from Shaw College and the rest three from Diligentia College. After their graduation, three of them will pursue Ph.D in mainland or in Hong Kong, while the other two have been enrolled in master’s programmes in America.

The rest five students are still in the second year. They are Liu Yanxiao, Wang Xingjian and Wu Chenhao from Muse College and Chen Yanzuo and Wu Xuanchen from Shaw College. 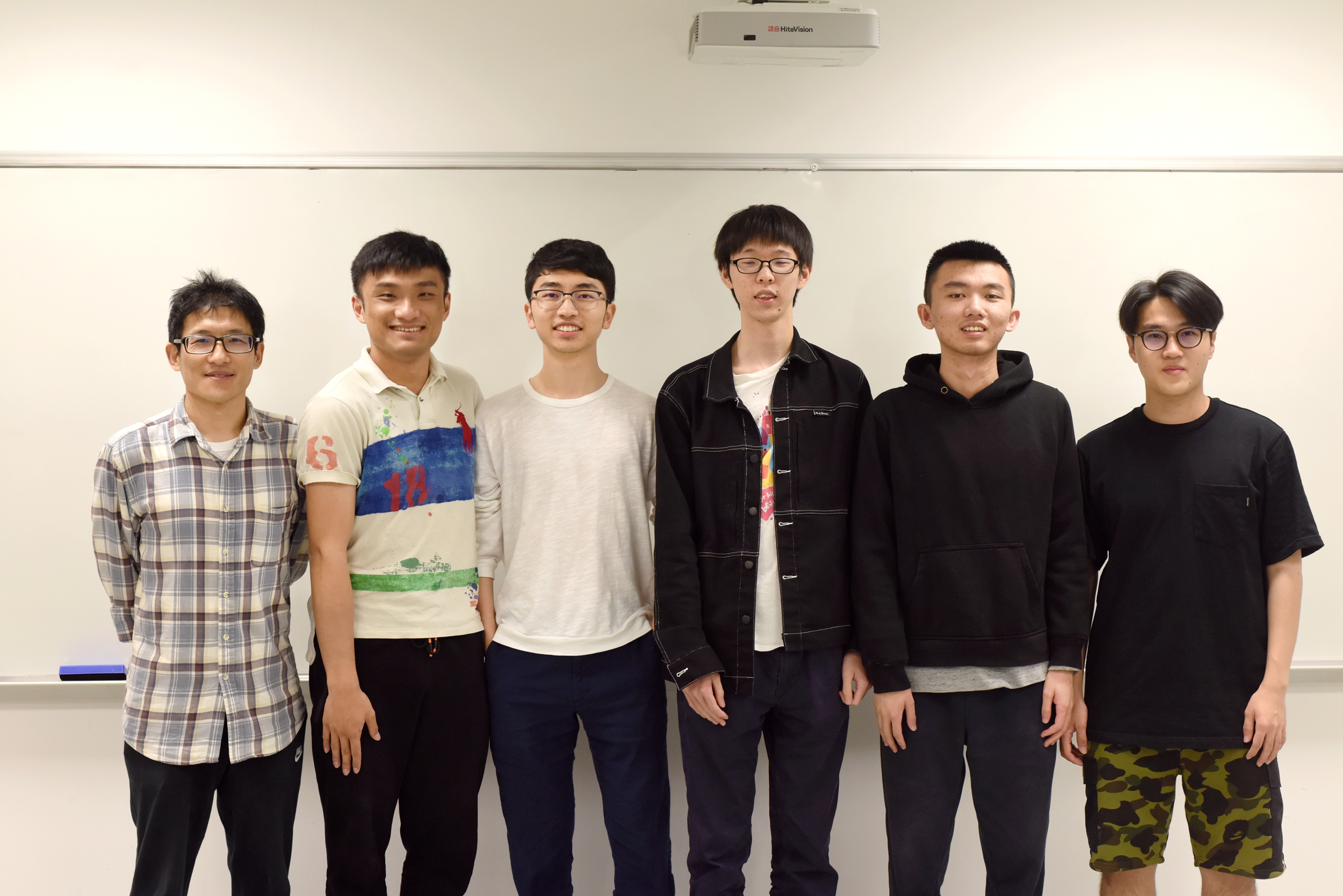