The opening ceremony features the presence of Wu Wei, Deputy Secretary General of the All-China Youth Federation, Liu Zhendong, Deputy Director of the Malaysian Ministry of Defense and Member of the Senate of Malaysia, Yang Xiuping, senior diplomat and former China-ASEAN Center Secretary-General, and more than 160 student representatives from China, ASEAN and other countries. Through the Model ASEAN Conference and other activities, students come face to face with the obstacles and opportunities of China-ASEAN cooperation in various fields, and jointly explore the development prospects of China-ASEAN cooperation, and propose their own insights.

The final session of the summit was to select one representative from each of the 10 ASEAN countries and China to deliver a speech and vote at the revision meeting of the China-ASEAN Youth Declaration. The 30 members of China’s delegation are mostly senior-year undergraduates, Master, and even doctoral students from traditional key universities such as Tsinghua University, Peking University, Fudan University, Beijing Foreign Studies University, University of International Relations, and China Foreign Affairs University.

As a freshman, Diwen did not feel quite confident at first. She recalls:"When the host asked 'who wants to represent China?' I dared not raise my hand, although I felt the desire to accept the challenge in my heart. But the opportunity was right in front of me. If I let it slip away without even trying, I know I will regret it. After some quick struggles, I raised my hand, and, I was the last one actually.”

As for why she was recognized by the members of the Chinese delegation and elected to the representative of China, Zheng Diwen attributed it to the generous care of the brothers and sisters in the delegation, and her English improvisation speaking and stage performance abilities accumulated in classrooms and student club activities: "Before I made up my mind to raise my hand, I thought of this sentence: ‘If you try and fail is better than if you fail to try in fear of failure.' " 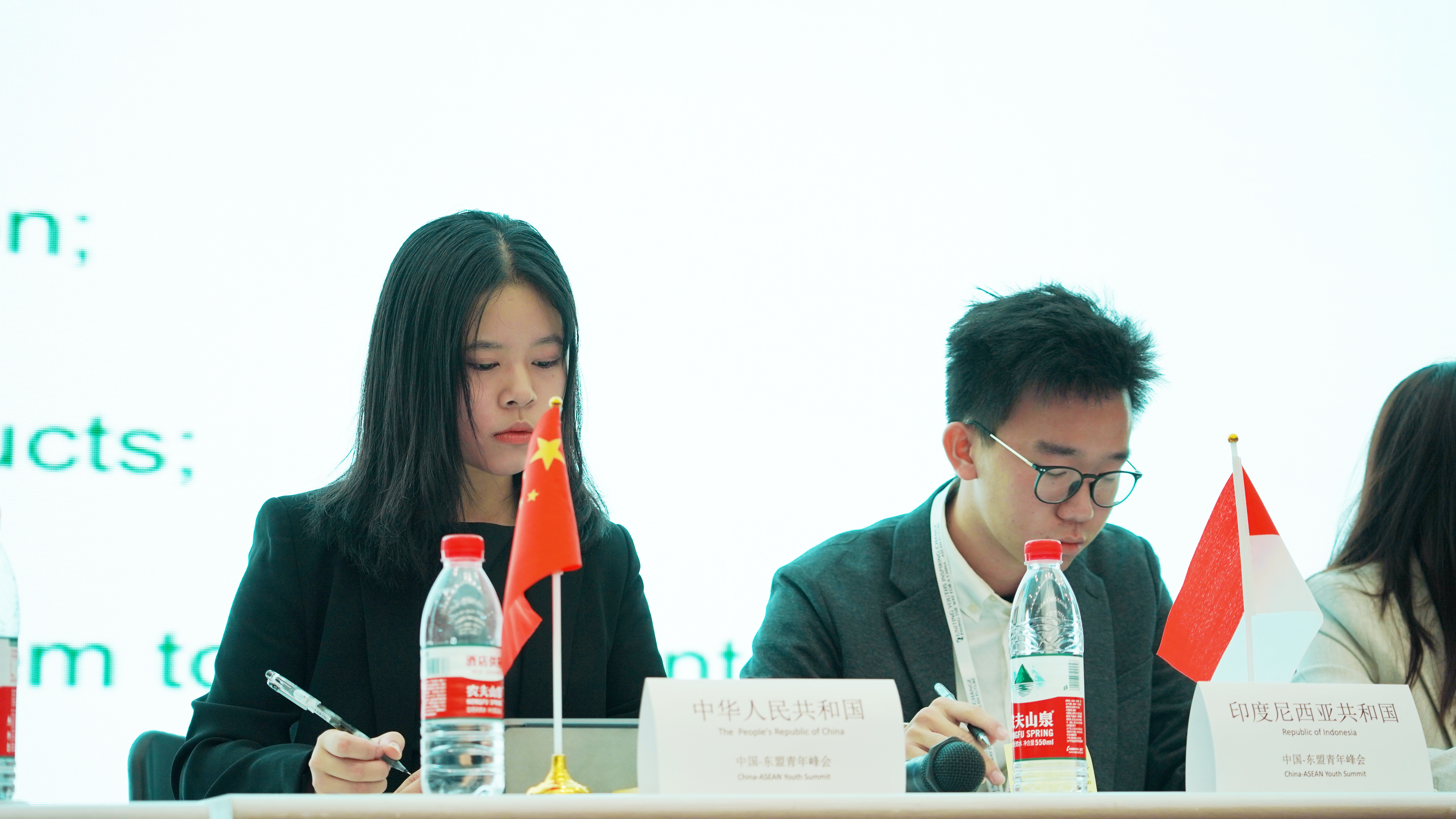 The most exciting moment for Diwen, who first stepped on an international arena, was when she was able to speak for China through her own voice. During the final discussion and voting on the declaration on 28th, one of the representatives proposed to delete the clauses facilitating the Belt and Road Initiative in the provisions of the Declaration, which was immediately echoed by the other nine ASEAN countries. Diwen voted against it with resolution "At that time, I felt great pressure. But the sense of responsibility was even greater! I consider the Belt and Road Initiative an important foreign policy of China in this new era, which must not be removed simply out of lack of understanding and prejudices. To this end, I argued and contested for three rounds of negotiations and finally persuaded the representatives of the 10 ASEAN countries to unanimously keep the Belt and Road clauses in the Declaration." The Declaration will be submitted to the ASEAN headquarters and governments by the China-ASEAN Center, conveying the messages of 5 areas: regional security, economy and trade, innovation and technology, environmental resources and youth affairs. This Declaration embodies the efforts of the young delegates, and also expresses the sincere wishes of the representatives for the friendly relationship between China and ASEAN. Wendi's determination made the voice of Chinese youth heard by the international community. This is what she feels proudest of.

The representatives of the 11 countries took a group photo with the traditional "ASEAN hand-shaking", Zheng Diwen (fourth from left )

The China-ASEAN Youth Summit was jointly sponsored by a group of Chinese and ASEAN students in Beijing who are concerned about China-ASEAN affairs and are keen to promote China-ASEAN regional cooperation through dialogue and exchanges. This annual summit began in 2016 and attracts more than 100 college students from China and East Asia to gather at Peking University to discuss the development prospects of China-ASEAN cooperation. Through the Model ASEAN Conference and the forum, they learned more about the obstacles and opportunities in China-ASEAN cooperation in various fields, and put forward their own opinions on this excellent communication platform.

The China-ASEAN Youth Camp is a national youth exchange brand project initiated by the Central Committee of the Communist Youth League in the name of the All-China Youth Federation. The project has been successfully held for 10 sessions since 2001, generating widespread influence among the youth of the ASEAN countries and greatly contributing to the exchange of youth between China and ASEAN.