By means of a video conferencing software—Zoom, the annual Spring Reception for Media of The Chinese University of Hong Kong, Shenzhen, was held online in the morning of March 13th. The “cloud” event attracted more than 100 journalists across the nation.

Dressed in Tang Suits, President Yangsheng Xu attended the event together with Vice President Shiping Zhu, Vice President K.C. Yuen and faculty deans. They shared with the media on the University’s latest development projects. These include the release of four new majors at undergraduate level. Two of them, namely English and data science and big data technology, will start enrollment this year while the other two, clinical medicine and pharmacology, are expected to be ready next year with the construction of the School of Medicine. 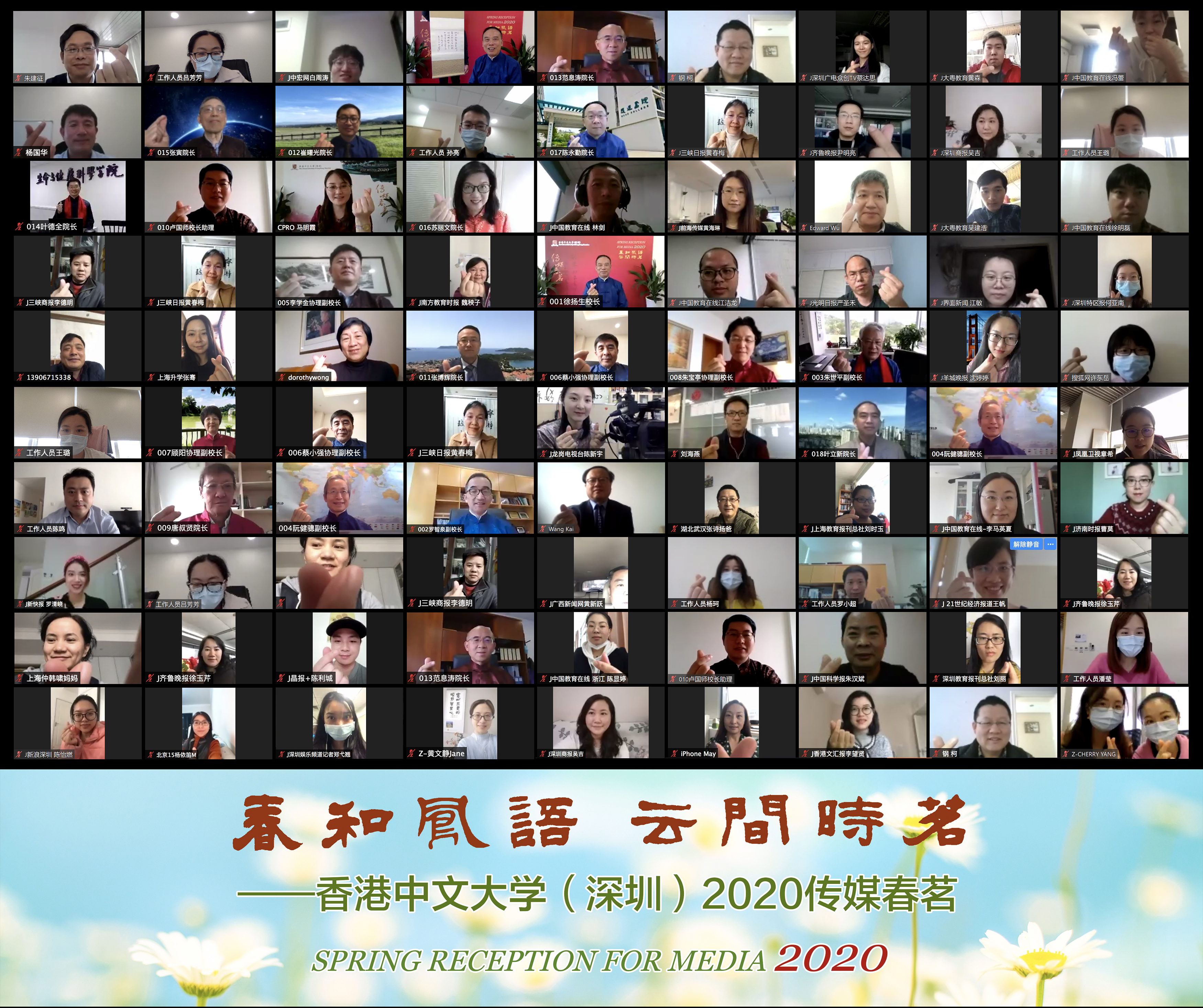 Speaking at the reception, President Yang sheng Xu introduced the six-year development of the University with remarkable progress in discipline construction, talent recruiting, scientific research, international exchange, etc. Four schools have been established so far, offering a dozens of highly ranked programs from undergraduate to graduate level. At the same time, the projects of building two new schools, the School of Medicine and School of Music, have been underway. Jihua Hospital, an affiliated hospital of CUHK-Shenzhen, have also started its construction since December 2019.

President Yangsheng Xu on the event

The Employment Report of Class of 2019 was another highlight of the event. According to Vice President Shiping Zhu, the graduates with a bachelor's degree in 2019 not only maintained a high employment rate, but also saw further advances in both employment and further studies, evidenced by the steady increase in the admission rate by prestigious universities in the world and the employment rate by well-known domestic and foreign enterprises. The employment rate grew to 98.18%, topping among domestic well-known universities. While the proportion of graduates pursuing further studies reached unprecedentedly high at 75.73%. Particularly, 64.10% of the students under this category were admitted to top 50 universities across the globe. The average annual salary of graduates who went straight into the job market achieved 141,300 yuan.

At the end of the online reception, all participants, including journalists and university officers, showed a “finger heart” at the same time on the screen, so as to convey their prayers and blessings to China and the world against the current COVID-19 epidemic.