Institute on global, contemporary China studies set up at CUHK-Shenzhen

The Advanced Institute of Global and Contemporary China Studies (GCCS) of the Chinese University of Hong Kong, Shenzhen was officially inaugurated in The Chinese University of Hong Kong, Shenzhen. Prof. Yongnian Zheng, former director of East Asia Institute of the National University of Singapore, was appointed as the head of the institute.
GCCS aims to create a think tank for the country’s policy research and a global academic exchange platform with influence in research topics including China’s reform and opening-up policy, marine economy, international strategy and global development. The institute will focus on both China and the globe to promote research on regional development strategies and to provide intellectual support to construct the Guangdong-Hong Kong-Macao Greater Bay Area.
Professor Yansheng Xu, President of The Chinese University of Hong Kong, Shenzhen, said at the inauguration ceremony yesterday that the establishment marks CUHK-SZ as a research institute of international standards in humanities and social sciences fields.
He also introduced the University's progress and missions in his speech.
"To this end, we have established a number of research institutes in the fields of finance, biomedicine, big data, artificial intelligence and robotics. Today, this dynamic further extends to humanities and social sciences. The newly established Advanced Institute of Global and Contemporary China Studies not only serves as another milestone of the University, but also a think tank to gather top talents who will provide academic and intellectual support for the Guangdong-Hong Kong-Macao Greater Bay Area, the country and the world.”
Mr. Xinping Nie, Vice Mayor of Shenzhen, mentioned in his remarks that as Shenzhen celebrated its 40th anniversary as a special economic zone, it was given a new designation by the Central Government --- a pilot demonstration area of socialism with Chinese characteristics. In this higher honor, the trailblazer must evolve into a global benchmark city with greater competitiveness, innovation and influence.
Presidential Chair Professor Yongnian Zheng, the head of the groundbreaking institute, shed light on its philosophy and objectives at the unveiling.
“Bringing world and China studies closely together, the Institute will offer sound intellectual support for the creation of a world-class bay area; and will also undertake major domestic research and social science projects, providing policy advice covering both ideas and on-the-ground actions for major national strategic decisions." Said Prof. Zheng.
A forum on globalization and the next 40 years for Shenzhen was held after the ceremony. Prof. Yongnian Zheng, Presidential Chair Professor of CUHK-Shenzhen and Director of the Advanced Institute of Global and Contemporary China Studies,  Professor Fang Cai, Vice President of the Chinese Academy of Social Sciences, and Professor Jie Tang, Council Member of The Chinese University of Hong Kong, Shenzhen and former Vice Mayor of Shenzhen, respectively expounded their views on "Where Shenzhen is Going?”, "Where China is Going" and "Where the World is Going", which are of great significance to the future development of the region, China and the world. 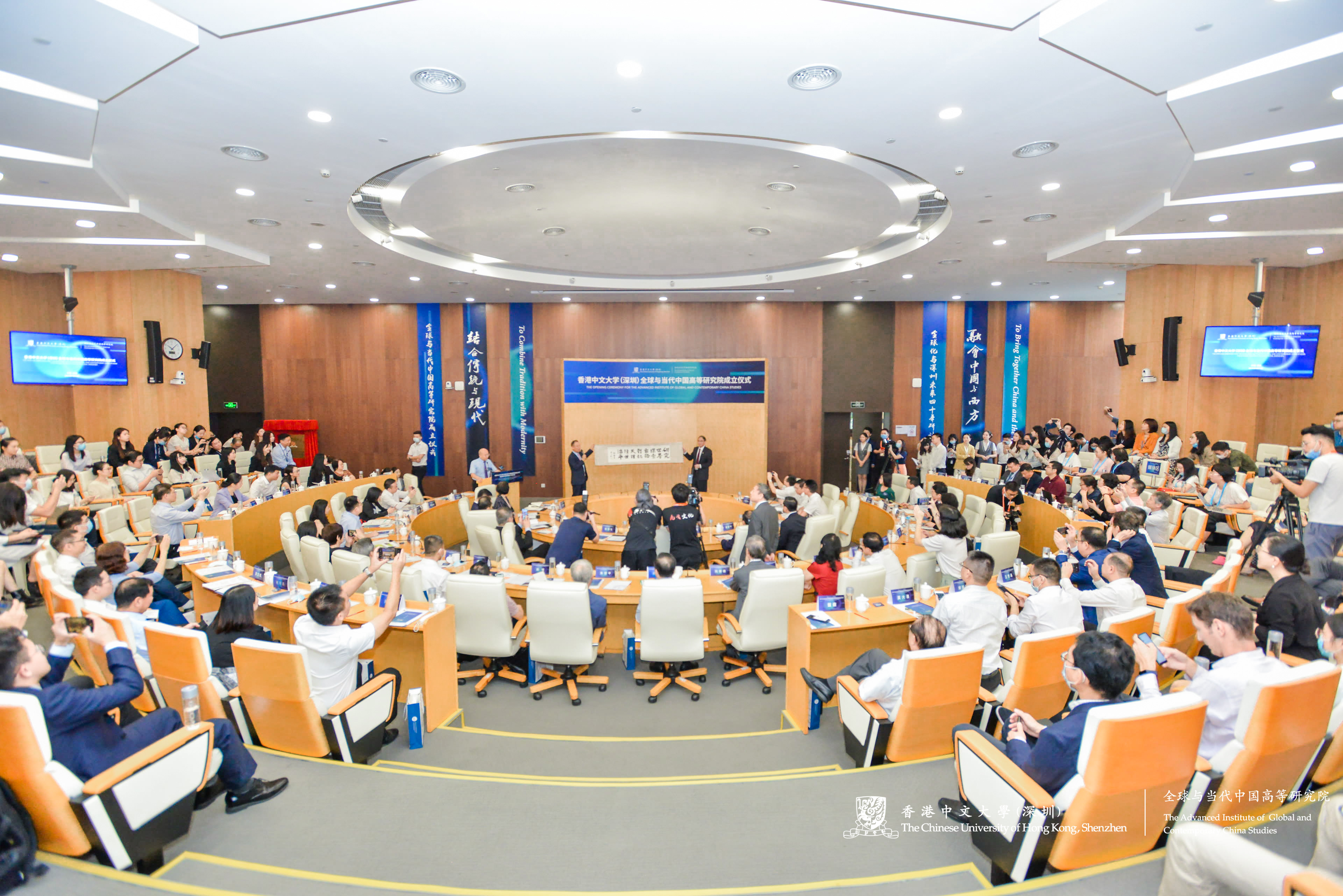 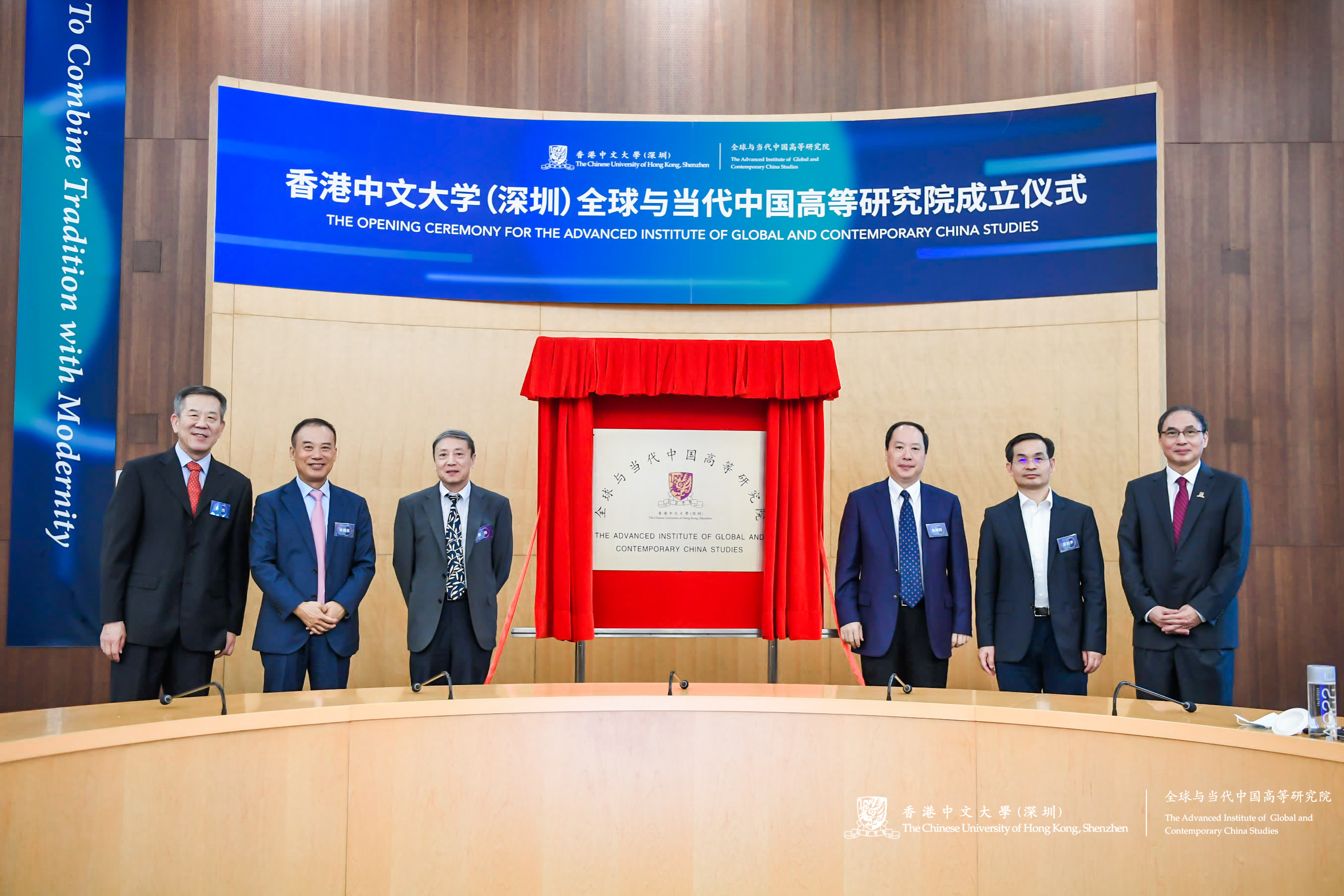 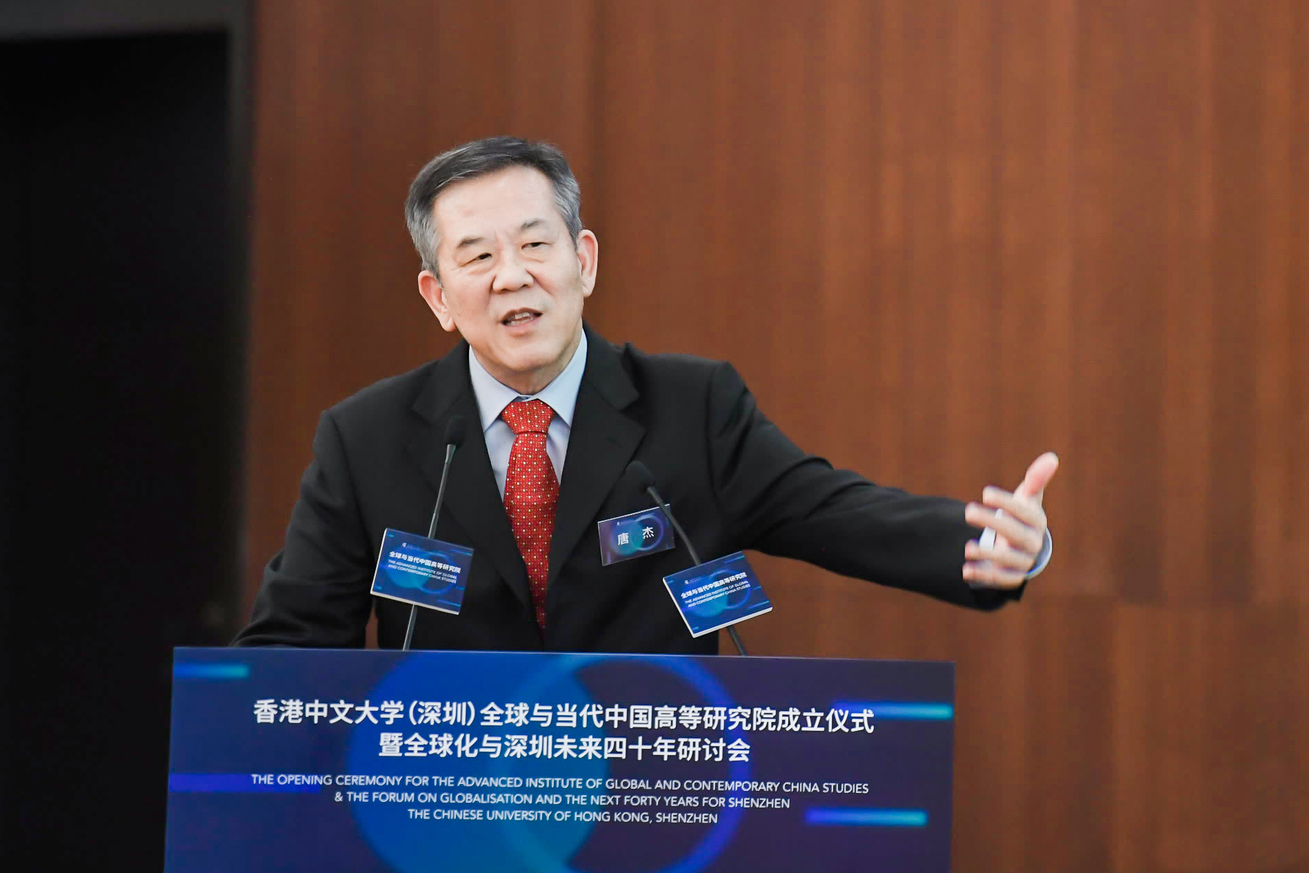 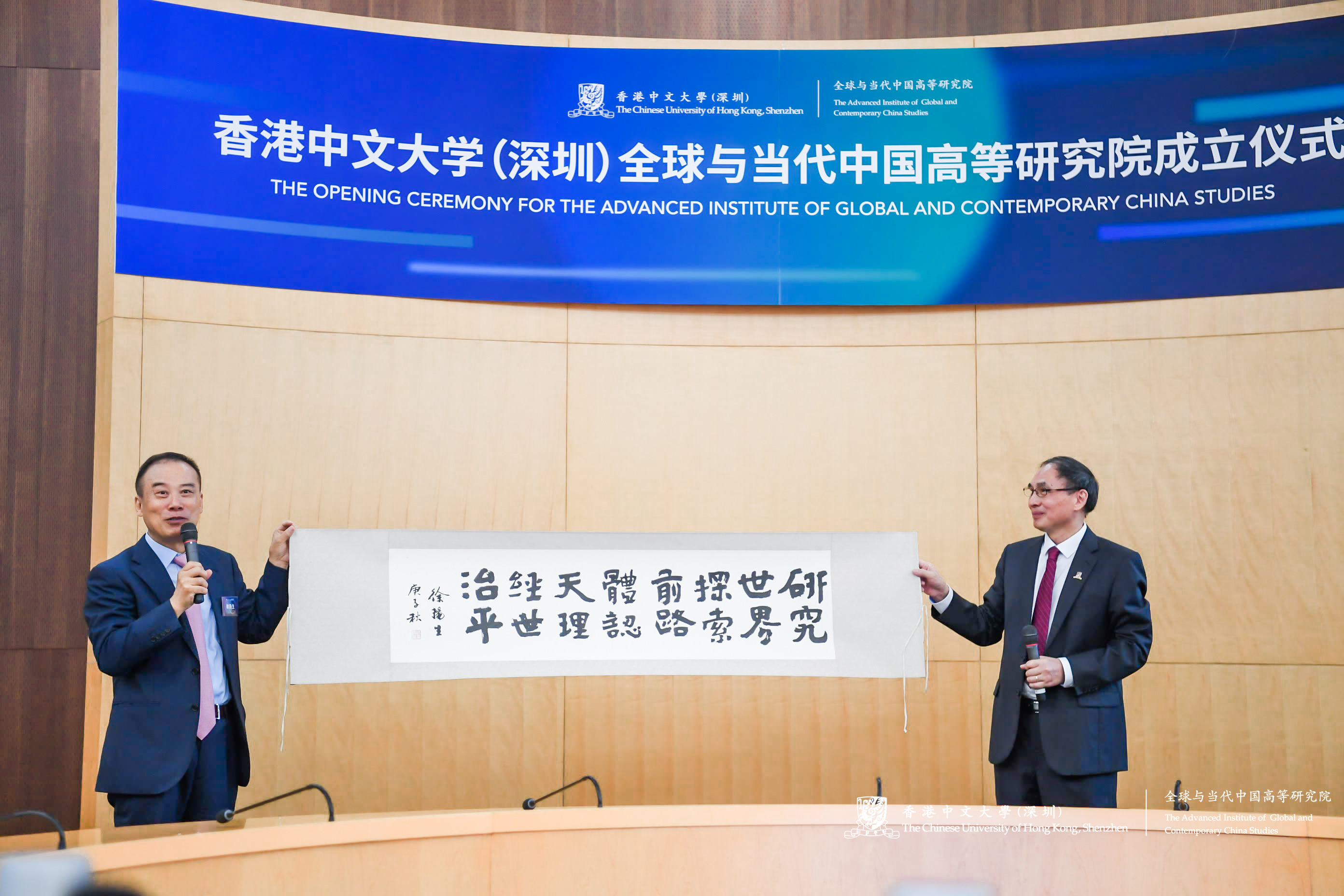