Interview with Prof. Stephen Boyd: A Scholar with Entrepreneurship 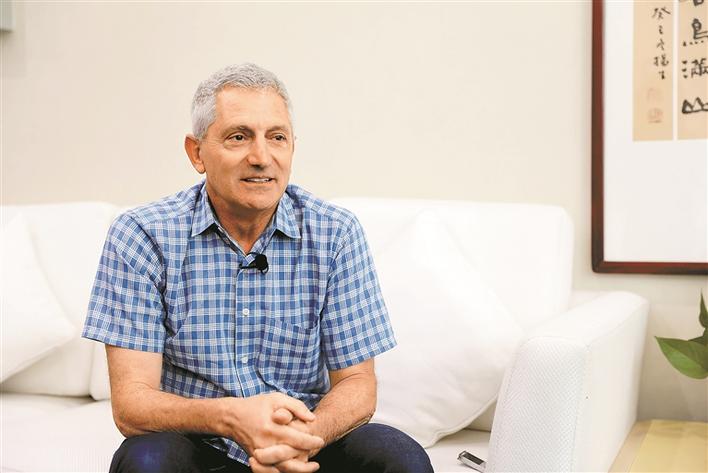 Born in California, Stephen Boyd grew up in a literary family with both his parents being professors in English literature. His childhood was immersed in literature, music, art and theatre. Despite the influence of humanities from his parents, young Stephen Boyd developed strong enthusiasm in science.

"I have always been interested in science since I was very young. I took my first math class and realized that was what I wanted to do."

In Prof. Boyd's eyes, mathematics is charming in that it explains complex phenomena, such as ocean waves, in a very simple way. Now with the help of computer, math can even be applied to devices design, airplane operation and many other practical and powerful things.

Contrary to what people think of mathematics, which is dull and theoretical, Prof. Boyd described it as "actionable".

"It means you can actually do something with it."

He thinks the old way of teaching math tends to deprive people of their interest.

To help students develop interest and gain confidence in this intriguing subject, Prof. Boyd explores new methods in teaching. In his linear algebra class, Prof. Boyd tries to let the students know that the mathematic ideas are not complicated but can be broadly applicable in daily life, such as guessing the song people like, and advertising precisely.

"It's like a miracle, but not really. It's not that complicated."

Having worked at Stanford University (Stanford) for 35 years, Prof. Boyd is proud to be a part of the Stanford community. He highly values the innovative culture at Stanford University. With no rules set for what should or shouldn't be done, new ideas sprout every day and are quickly turned into action. Some of them have the potential to change the world.

"Four undergraduates come up with an idea on Friday. On weekend they develop a prototype. And on Monday something is up on running. They start a company. It's amazing!"

Prof. Boyd compares Stanford to a successful start-up as Stanford is quite young among its counterparts in the US, such as Harvard and Yale, but with global reputation for education and innovation at the same level.

The Chinese University of Hong Kong, Shenzhen (CUHK-Shenzhen), where Prof. Stephen Boyd has been working as professor since 2015, has much in common with Stanford University from his perspective. CUHK-Shenzhen can also be regarded as a start-up with only a four-year history and an excellent location at the innovative center of China. The spirit of entrepreneurship starts to flourish here just like what happened a century ago in Stanford.

Prof. Boyd has much to say when it comes to China and Chinese culture.

The first time he came to China was in 1984. Coincidentally, the first city he stepped on in mainland China was Shenzhen, which by then was almost a fishing village. Thirty years later when he came back here, he was surprised by the tremendous transformation of this city from an underdeveloped area to a megacity.

"I always love China since I was a student. It is also wonderful to witness its incredible rise in the last 35 years through a combination of extremely hard work, such as investing in education, science and engineering."

Prof. Stephen Boyd was elected foreign academician of the Chinese Academy of Engineering in 2017, in honor of his outstanding contributions to the field in China. In the past thirty years, he has made more than 100 speeches in many Chinese universities and supervised a great number of students at postgraduate and Ph.D. levels in China.

This time, he brought students from Stanford to CUHK-Shenzhen to introduce them the current development of China. The American students teamed up with the Chinese students and were led to Huaqiang North to buy research materials. Field trips to companies including Huawei, Tencent and DJI were arranged for them to experience China's high-tech frontier. The American students enjoyed their first trip to China as much as Stephen did when he was young.

Although the trade war between his homeland and China casts a shadow over the prospect for the future academic cooperation, Prof. Boyd is determined to fight against the obstacles for what he believes is beneficial to the two countries and the world.